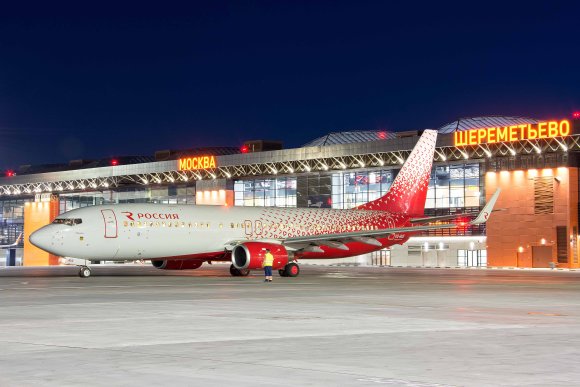 What is the current situation with the airport’s traffic and capacity?

In order to do a proper analysis of the current situation and our prospects for the future, we should first describe the infrastructure that was in place when the restrictions related to COVID-19 began.

Sheremetyevo Airport is the only airport in Russia with three runways and six passenger terminals, and its capacity will eventually be increased to 110 million passengers per year.

At the peak year of 2019, Sheremetyevo served about 50 million passengers and consolidated revenue exceeded $1.2 billion. Over the past six years, investments in the terminal and airfield infrastructure of Sheremetyevo Airport amounted to more than $2.5 billion.

The pandemic, which has practically halted air passenger traffic all over the world, had a significant impact on our performance in 2020. Passenger traffic was about 20 million people and consolidated revenue was about $0.7 billion.

Speaking of traffic, we need to distinguish between domestic and international traffic.

At the same time, the increase on the most popular destination routes (Sochi, St. Petersburg, Yekaterinburg, Anapa and others) by June was 16% over the level of 2019.

The rate of recovery of international traffic is significantly lower due to circumstances beyond our control. It can only be carried out within the issued quotas based on existing restrictions in air traffic in a number of countries. Currently, air traffic has resumed to 26 countries.

The greatest number of passengers from Sheremetyevo fly to Antalya, Istanbul, Male, Dubai and Bishkek. Passenger traffic on international routes in June is still only 26% of the level of 2019.

With the increase in passenger traffic, the airport fully ensures quality of services for passengers and airlines, strictly complying with all anti-epidemic requirements.

How confident are you of a strong summer 2021 season?

First of all, 2021 is very different from last year because the domestic tourist season started in May and not at the end of July, as it did in 2020.

Secondly, we have confidence in the strong demand for travel to international destinations that have opened this season. Our experience shows that demand quickly returns to the previous level after the opening of borders.

For example, after the opening of connections to Turkey in August 2020, demand recovered to 2019 levels in just two weeks.

This season, we also expect a quick recovery of passenger traffic when full service to Turkish destinations is restored. Besides Turkey, taking into account issued quotas, flights to Cuba, the Maldives, the Seychelles, Greece and Croatia are popular with passengers this summer season.

Also, this summer season we expect passenger traffic to our traditional domestic top destinations of St. Petersburg, Sochi, Anapa, Krasnodar to return to the levels achieved before the pandemic.

How are relationships at present with your major carriers?

During the pandemic, the airport did not cease its operations for a single day and provided services to airlines and passengers as required.

During the whole period of restrictions, the airport was in constant dialogue with air carriers and provided comprehensive support in carrying out various tasks, including the most unusual ones.

The airport consulted and supervised airlines in their interaction with state authorities on the implementation of local and international recommendations and regulations.

Effective cooperation between the airport and the airlines fully ensured the implementation of all necessary measures to prevent the spread of the coronavirus infection and ensure the health and safety of our passengers.

It should be noted that during the pandemic, a great burden also fell on our ground-handling operators, as a significant portion of the airlines’ personnel worked remotely and could not always make themselves available for flight service.

The financial performance of both airlines and the airport were strongly affected by the situation with COVID, but we made it priority to establish a partnership with our counterparties, and by optimizing production processes we were able to avoid imposing any additional fees on airlines and passengers.

It is also worth noting that in compliance with IATA recommendations all historical slots were retained by the airlines.

The implementation of major infrastructure projects, included in our long-term development program, in recent years helped us to maintain a high level of airline and passenger services during the pandemic.

Have you introduced any measures such as incentives to encourage them to build/keep capacity?

Airlines are experiencing a shortage of issued frequencies within the Moscow Aviation Hub in general, and in Sheremetyevo in particular. All quotas for flights from Sheremetyevo issued by the Federal Air Transport Agency (Rosaviatsiya) are used up by airlines in full.

Attracting new airlines is an ongoing priority for the airport because it not only increases our attractiveness for direct passengers, but also improves our transit potential.

On average, we welcome three to five new carriers to our airport each year. For example, over the past 18 months several new passenger and cargo airlines began to operate from Sheremetyevo on a regular basis—JAL, Aircompany Armenia, Air India, Silk Way, iFly and some others.

Also, during the last year and this year many airlines that previously did not fly through Sheremetyevo began to make charter and one-time flights. Among them are RusLine, Siberia, Aerolineas Argentinas, Cubana de Aviacion, Bamboo Airways and others.

Analyzing the competitive advantages of our airport, first of all the advantageous geographical position of the Moscow region between Europe and Asia should be noted which, in turn, contributes to the formation of a hub for transfer passenger traffic between the East (Japan, China, South-East Asia), Europe and Russian cities.

Comparing Sheremetyevo to other airports of the Moscow Aviation Hub, we can state that we cover the largest area, where more than 45% of the Moscow region’s population lives and most of the headquarters of large companies, hotels, technology parks, sports facilities and exhibition centers are located.

Sheremetyevo currently has the best transportation connections to Moscow via Aeroexpress train, developed public transportation and a toll road from Moscow to St. Petersburg. According to Boston Consulting Group research, the proximity of Sheremetyevo to the center of Moscow and its transport accessibility affects the choice of airlines for 46% of citizens of Moscow and Moscow Region, employees of office centers and tourists.

Our most important advantages are the very modern infrastructure of the terminal complex and airfield, well-tuned production and business processes ensuring high quality of services, and punctuality of flights, which is annually confirmed by the most reputable European and world ratings.

Thanks to all this, we had the most extensive route network in Moscow Air Hub when restrictions related to COVID-19 began, and we had a strong position to the major European and Chinese destinations. And with the restoration of air service, this network will be restored as quickly as possible.

How important has the domestic market been during the pandemic?

In the context of a sharp decline in international air traffic, it was domestic passenger traffic, as well as cargo traffic, that kept our production facilities busy and made it possible to maintain infrastructure and save jobs.

Aeroflot Group is the strongest player on the domestic Russian market, represented at Sheremetyevo only by Aeroflot Airlines and its subsidiary Rossiya Airlines.

The arrival at Sheremetyevo of the group’s second subsidiary—the low-cost airline Pobeda—as well as the active operation of other strong players and our long-time partners such as Nordwind and Ikar Airlines (Pegas Fly) expands the list of destinations, diversifies the price offerings for our passengers and thus strengthens the airport’s position in the market.

So our task is to provide the necessary infrastructure, the technological resources and the highest quality of services for the airlines operating at the airport to meet the growing demand of travelers to domestic destinations.

How much of a contribution has cargo made to your airport recently?

The pandemic has once again proved the correctness of the strategic program implemented by Sheremetyevo, which is focused equally on the successful development of passenger and cargo traffic.

In 2017, the cargo operator of Sheremetyevo Airport Moscow Cargo commissioned a new cargo terminal with a total area of 42,300 m2 and a capacity of 380,000 tons per year, and whose technical equipment matches the leading terminals in the world.

The availability of modern infrastructure and a comprehensive approach to the needs of air carriers allowed Moscow Cargo to effectively adapt to the rapidly changing market conditions during the pandemic.

In the terminal, a great deal of attention is paid to handling special categories of goods, primarily temperature-sensitive pharmaceutical cargo.

Moscow Cargo operates the largest airport climate-controlled storage in Russia, which allowed Sheremetyevo during the pandemic to take on the role of the main Russian air hub for handling medical goods and vaccines against coronavirus. In total, Moscow Cargo LLC handled about 20,000 tons of medical cargo on domestic routes during 2020, which is almost 70% more than in 2019.

Since November 2020, the airport has been successfully cooperating with the Russian Direct Investment Fund, providing services and handling shipments of the first Russian vaccine against coronavirus, Sputnik V, on a regular basis both in Russia and abroad.

During the first five months of this year, the Moscow Cargo terminal handled over 400 tons of vaccine, thus contributing to the fight against the pandemic.

Besides the highly needed medical cargo, additional impetus during the pandemic was given to e-commerce goods, which became one of the main drivers of global air cargo growth in 2020.

As a result, Sheremetyevo managed not only to maintain its leading position as the largest air cargo hub in Russia, but also to increase its share of cargo serviced in the Moscow Air Hub market from 68% to 71%.

Following the scheduling of the Aeroflot routes to Morocco from June, where else are you targeting for network growth?

Traditionally, Sheremetyevo has been interested in developing air traffic to Asia, Europe and the Middle East. However, because of existing restrictions we see growing passenger interest in travel to more “exotic” destinations, like Tanzania, Mexico, Cuba, Seychelles, Bangladesh and other places.

Several partner carriers fly from Sheremetyevo Airport to these destinations. They are Aeroflot, Nordwind, Rossiya and Royal Flight, and we are working with them to develop air services to these and other new destinations.