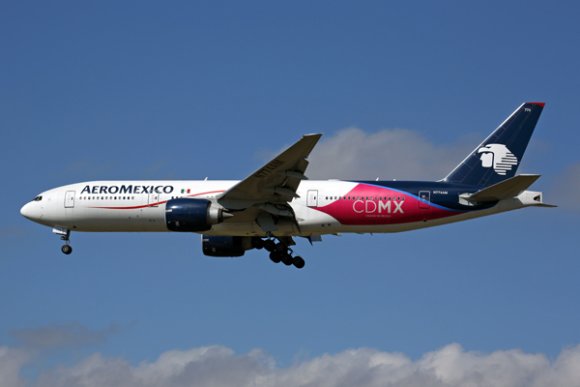 Aeromexico has announced its third new route in the past week with plans to launch a seasonal service between the Mexican vacation destination of Cancun and the city of São Paulo in Brazil.

The flag-carrier has offered service to Brazil for more than two decades, and this new route will increase the carrier’s total monthly seats between the countries by 43%.

Flights will operate between Cancun (CUN) and São Paulo Guarulhos (GRU) from Dec. 15 through April 17, 2022. Service will be three times per week using Boeing 787 aircraft.

“For the Mexican Caribbean, this flight represents the increase not only of international air connectivity but also the growth of one of our strategic markets: Brazil,” said Carlos Joaquin Gonzalez, the governor of the Mexican state of Quintana Roo, home to Cancun.

“The launch of this route will allow us to shorten the distance with South America, strengthening the tourist reactivation in which we have worked in a gradual and orderly manner.”

In a statement, Aeromexico added that its Brazilian services had shown “substantial growth” in the last few years, and one of the important factors of this has been the tourism offer of the state of Quintana Roo.

Data provided by OAG Schedules Analyser shows that LATAM Airlines Group serves the CUN-GRU market twice a week using 767-300 equipment. However, the schedule is only in place until Sept. 26.

Prior to the pandemic, GOL Linhas Aereas also offered flights to Cancun from Brazil, operating from Brasilia (BSB). Although the route has been suspended since March 2020, service is scheduled to resume in November.

The planned launch of Aeromexico’s new connection to São Paulo comes just days after the carrier revealed it will open two new routes to Madrid (MAD) in December.

Flights will be offered to the Spanish capital from both Guadalajara’s Miguel Hidalgo y Costilla International (GDL) and Monterrey (MTY). Service on each route will be 3X-weekly using 787s.

In addition, the airline has confirmed the expansion of a codeshare agreement with LATAM Airlines Group, adding 18 new destinations in Peru to its network. The deal sees Aeromexico’s AM code placed on domestic routes operated by LATAM to the likes of Arequipa, Chiclayo and Jauja. In turn, LATAM passengers will have access to more than 40 points in Mexico served by Aeromexico.