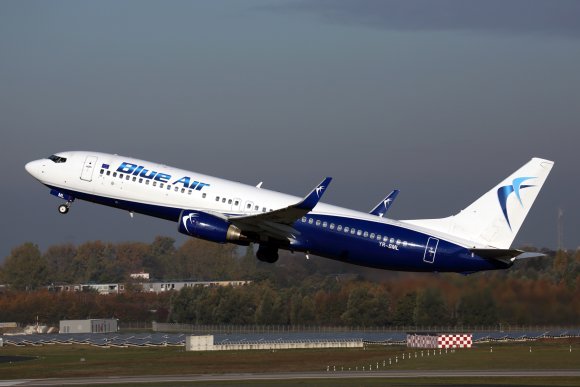 Ten new routes will be added to Romanian carrier Blue Air’s network during the summer 2022 season, connecting Bucharest and Cluj-Napoca with popular leisure destinations across Europe and the Middle East.

Three services will be added to the airline’s network from Cluj-Napoca (CLJ), to Heraklion (HER), Rhodes (RHO) and Zakynthos (ZTH).

The planned additions come days after Blue Air revealed plans to further expand outside of its home market with the launch of a route linking Nice Cote d’Azur (NCE) and London Heathrow (LHR). Flights will be 4X-weekly.

The carrier began serving London Heathrow in January this year, offering flights from Bucharest. Since then, service has been opened from CLJ and Iasi (IAS), currently providing 19X-weekly flights across the three routes.

The network growth comes as Blue Air is set to undergo a reverse takeover by a cash shell known as Ridgecrest, following a preliminary agreement to acquire the carrier’s parent Airline Invest. The deal would see Blue Air list on the London Stock Exchange and enable it to undertake a fundraising.

The LCC carried more than 300,000 passengers in July 2021, equivalent to 77% of the number flown in July 2019. Earlier this month, it said it was on track for a full return to pre-pandemic levels during August.