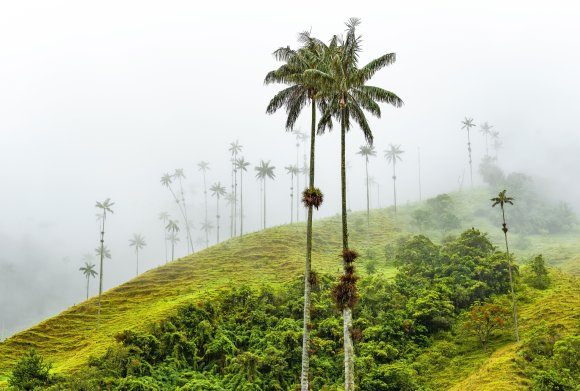 Star Alliance member Copa Airlines is opening a new nonstop route to Colombia from its Panama City hub. The network addition is the first new service to be announced by the carrier since the onset of the COVID-19 crisis.

From Dec. 2, the airline will connect Panama City’s Tocumen International (PTY) with El Edén International (AXM) which serves the Colombian city of Armenia. Flights will initially operate three times per week on Tuesdays, Thursdays and Sundays onboard Boeing 737-700 aircraft, with capacity for 12 passengers in business class and 112 passengers in economy.

Armenia is the capital city of the Quindío department in western Colombia, home to about 300,000 inhabitants. The region forms part of the "coffee triangle" with Pereira and Manizales and was declared a UNESCO World Heritage Site in 2011.

The airline also flew to San Andres Island (ADZ) prior to the pandemic but service is currently suspended. However, according to OAG Schedules Analyser data, flights are scheduled to return in December. Once the PTY-AXM route launches and PTY-ADZ resumes, Copa will provide almost 55,000 two-way seats between destinations in Colombia and Panama.

Figures provided by Sabre Market Intelligence show that the airline carried 1.22 million passengers between the two countries during 2019. Looking at flows from Colombia to Panama, 86% of passengers traveled beyond PTY to other points in Copa’s network.