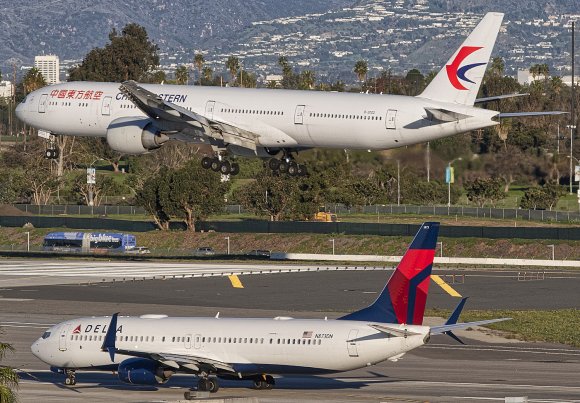 The US Transportation Department (DOT) will limit capacity on some flights to the US operated by Chinese airlines in retaliation to a similar move by authorities in China.

The order issued by the DOT comes after China’s government imposed similar sanctions following claims that five passengers who traveled with United Airlines from San Francisco (SFO) to Shanghai (PVG) tested positive for COVID-19 on July 21.

As per the terms of its “circuit breaker” rules, the Civil Aviation Administration of China (CAAC) gave United three options: cancel two San Francisco flights; operate two flights without passengers; or operate four inbound flights with a maximum load factor of 40%. United opted for the third option, with the capacity cap enforced from Aug. 11.

However, the DOT noted that the US government has repeatedly raised its objections over the “circuit breaker” measure as it “places undue culpability on carriers.”

“As carriers are following all relevant Chinese regulations with respect to pre-departure and in-flight protocols, they should not be penalized as a result of travelers later testing positive,” the DOT stated.

“Carriers have no means to independently verify positive test results alleged by Chinese authorities. Furthermore, there is no way to establish where or when a traveler may have contracted COVID-19.”

In response to the action against United, the DOT said the sanctions were “adverse to the public interest and warrant proportionate remedial action.”

According to data provided by OAG Schedules Analyser, during the week commencing Aug. 16, 2021, total weekly nonstop capacity between the US and Chinese mainland is just 4,100 two-way seats. This compares with 210,000 seats during the same week in 2019.