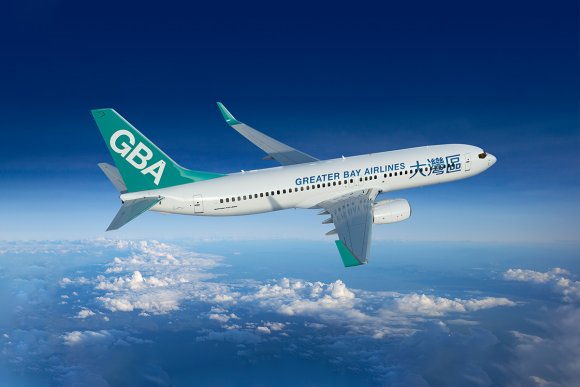 The carrier plans to connect Hong Kong (HKG) with Bangkok Suvarnabhumi (BKK) and Phuket (HKT) in Thailand, alongside service to Singapore Changi (SIN).

Although the full schedules and start dates are yet to be confirmed, the airline expects to begin flying to each destination during the fourth quarter of the year once government approval and traffic rights are in place.

Once the permits have been received, the carrier will reportedly operate its first flight on Oct. 1, a charter flight from the city territory to Beijing. The date was picked to celebrate China’s national day.

As reported by Routes in January, Greater Bay Airlines has requested the rights to fly 104 scheduled routes from Hong Kong using Boeing 737-800 aircraft.

Of these, 48 routes are to destinations in mainland China including major cities such as Beijing, Chengdu, Hangzhou and Shanghai. A further 13 are to Japan and six are to Thailand, with Tokyo, Osaka and Bangkok among the intended routes listed.

The rights to the routes were made available after being relinquished by axed regional carrier Cathay Dragon, which closed in October 2020 as part of a wider restructure at Cathay Pacific that included more than 5,000 job losses. Before the pandemic, Cathay Dragon's network spanned more than 50 destinations in 15 countries and in excess of 1,100 weekly flights.

Should Greater Bay Airlines launch its network as planned, the carrier will face strong competition on all three routes.

In the Hong Kong-Bangkok market, the airline will rival Cathay Pacific, Emirates, KLM and Thai Airways International. The carriers collectively provide 32X-weekly flights and 21,200 two-way weekly seats during the week commencing Aug. 16. This compares with about 100,000 during the same week two years ago.

Non-essential travel between Hong Kong and Singapore is currently prohibited and talks to open a travel bubble were dropped earlier this week. Vaccinated passengers are allowed to visit Phuket under the country’s "sandbox" scheme, but international arrivals to Bangkok must quarantine for 14 days.