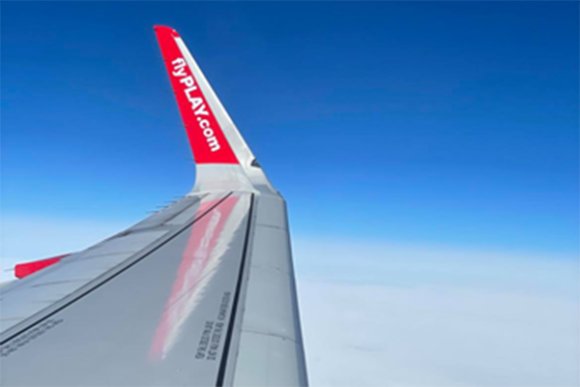 PLAY has applied to the US Transportation Department (DOT) for a foreign carrier permit and exemption authority as the startup seeks to pursue a connecting strategy between Europe and the US via Iceland.

The Reykjavik-based carrier, which began commercial operations in June, hopes to begin scheduled service from Iceland to the US during the summer 2022 season, serving points on the American east coast using Airbus A321neo aircraft.

In its application to the DOT, PLAY stressed that the launch of US flights would provide “increased travel opportunities, greater service options and enhanced competition,” thereby benefiting travelers in the US as well as Iceland and across Europe.

The airline hopes to win approval so it can transport persons, property and mail from Iceland to any point in the US, as well as from any destination in the European Union. The application also covers points from behind the EU and points beyond the US.

PLAY operated its inaugural flight on June 24, flying between Reykjavik Keflavik (KEF) and London Stansted (STN), and six more routes to European destinations have been launched since then.

PLAY carried 9,899 passengers in July with a load factor of 41.7%. Utilization was in line with forecasts on most destinations, the carrier said, although expectations were “substantially exceeded” for leisure destinations as demand was “significantly stronger than expected.”

Launched by a team of former executives from WOW Air, PLAY intents to operate a similar strategy to the defunct Icelandic carrier, stimulating demand between Europe and North America via Reykjavik with its low-cost fares. WOW’s biggest connecting flows were Berlin to New York, London Gatwick to Washington and Paris to Washington.