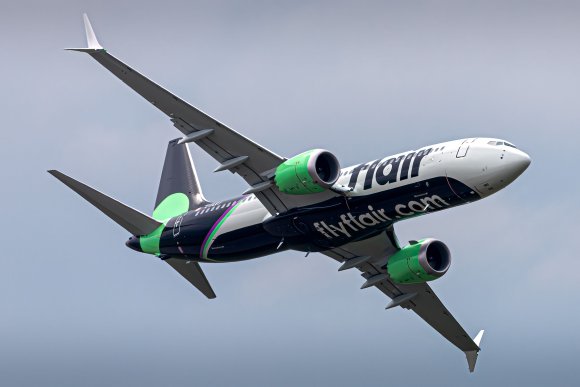 Canada’s Flair Airlines is opening a new base at Edmonton International (YEG) and starting four new transborder US routes as the ULCC continues to expand its footprint.

Seasonal service will be offered this winter to Hollywood Burbank (BUR), Las Vegas (LAS), Palm Springs (PSP) and Phoenix Mesa (AZA), beginning on Dec. 16. There will be three flights per week to LAS and two per week on the other US routes.

President and CEO Stephen Jones announced in early July that the carrier intended to fly to the four US destinations—alongside Fort Lauderdale (FLL) and Orlando-Sanford (SFB)—but did not give schedule details or frequencies.

Flair is also expanding its domestic network from Edmonton. In addition to existing winter service to Abbotsford (YXX), Kitchener-Waterloo (YKF), Toronto (YYZ) and Vancouver (YVR), the carrier is increasing its current summer service from Kelowna (YLW) and Victoria (YYJ) to extend throughout the winter season.

“Basing aircraft and crew in Edmonton demonstrates the company’s ongoing commitment to our region,” YEG president and CEO Tom Ruth said. “In addition, these new US destinations will be popular nonstop routes as we rebuild our network.”

Flair will base one Boeing 737-8 aircraft in Edmonton starting in December. Between direct and indirect employment, Flair estimates 50 new jobs will be created in addition to the 75 operations and business staff already headquartered in the city.