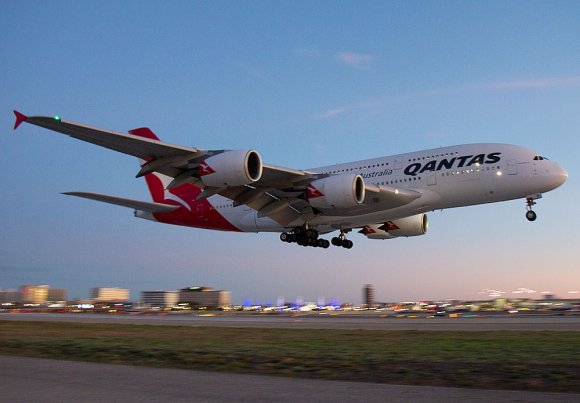 Qantas hopes to restart international flights in December, targeting key markets like the UK, North America and parts of Asia that have high vaccination rates.

Flights between Australia and New Zealand will be on sale for travel from mid-December 2021, on the assumption some or all parts of the two-way bubble will restart. Canada, Fiji, Japan, Singapore, the UK and the US have also been earmarked as “COVID-safe” destinations the airline plans to fly to before the end of the year.

Service to Hong Kong (HKG) will restart in February but destinations that still have low vaccine rates and high levels of infection will now be pushed out until April 2022 at the earliest, including Bali, Bangkok, Ho Chi Minh City, Jakarta, Johannesburg, Manila and Phuket.

Qantas highlighted that capacity levels on all international routes would hinge “largely on government decisions on alternative requirements to mandatory hotel isolation” for fully vaccinated travelers.

“Like many elements of this plan, it relies on decisions by the Australian Government,” Qantas Group CEO Alan Joyce said. “We’re in regular discussion with the government and have shared our plans with them. While they don’t have a crystal ball either, they agree our broad assumptions are reasonable.”

Qantas said its ability to fly nonstop between Australia and London is expected to be in even higher demand post-COVID and so the airline is investigating using Darwin (DRW) as a transit point.

This would be as an alternative—or in addition—to its existing Perth (PER) hub given “conservative border policies” in Western Australia. The carrier began serving London Heathrow (LHR) nonstop from Perth in March 2018.

Five of Qantas’ 12 Airbus A380s will also return to service ahead of schedule, flying on high-traffic routes between Sydney (SYD) and Los Angeles (LAX) from July 2022, and between Sydney and London via Singapore (SIN) from November 2022. The carrier expects five more will be returned to service by early 2024, subject to demand. Two will be retired.

Additionally, Qantas wants to extend the range of its A330-200 aircraft to operate some transpacific routes such as Brisbane (BNE)-Los Angeles and Brisbane-San Francisco (SFO).

The airline forecasts international capacity will reach 30% to 40% of pre-COVID levels in the third quarter of its 2022 financial year and 50% to 70% in the fourth quarter.

“We can adjust our plans if the circumstances change, which we’ve already had to do several times during this pandemic,” Joyce said. “Some people might say we’re being too optimistic, but based on the pace of the vaccine rollout, this is within reach and we want to make sure we’re ready.”

Qantas reported an underlying loss before tax of A$1.83 billion ($1.3 billion) in the 12 months to June 30, 2021 and Joyce said the pandemic has cost the carrier $16 billion in revenue so far—and this could rise to $20 billion by the end of the year.