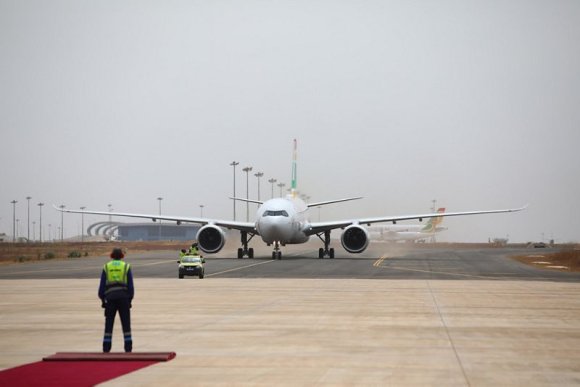 Air Senegal has confirmed its first flights to the US will begin on Sept. 2—although the carrier has reworked the launch plans.

The state-owned airline announced in May that it intended to introduce a route between Dakar and Washington via New York John F Kennedy (JFK). But instead of flying to Washington Dulles (IAD) as previously scheduled, service will now be to Baltimore/Washington (BWI).

In a statement, Air Senegal said the switch to BWI benefits passengers as it is situated closer to where majority of the West African diaspora in the Greater Washington area reside.

“The airline hopes to facilitate the growth of inbound business, trade and tourism from US to Senegal and within the region as Senegal offers world class beaches, history and culture that has appealed to the American travelling public for decades,” the airline added.

Air Senegal’s US flights will have the capability to carry up to 12 tons of cargo and the carrier said it was “keenly looking forward to working with freight forwarders.”

O&D traffic between Senegal and the US totaled 86,111 two-way passengers in 2019, Sabre Market Intelligence figures show, representing a drop of 6.4% compared with the previous 12 months. Data for 2020 shows traffic was about 58,900 passengers.

Air Senegal had previously expressed a desire to begin DSS-IAD flights in September 2019 after South African Airways cut its fifth freedom route between the destinations earlier in the year.

The South African carrier’s exit from the Senegal-US market left Delta Air Lines as the only operator of direct flights between the two countries. OAG Schedules Analyser data shows that Delta currently offers a 5X-weekly service between JFK and DSS using Boeing 767-300s, but service will reduce to 3X-weekly using A330-200s once Air Senegal begins its maiden US route.