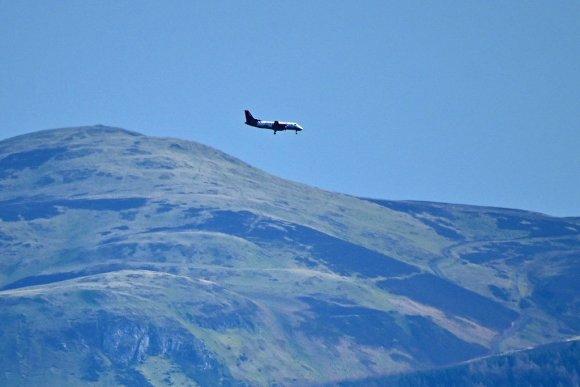 UK regional carrier Loganair has unveiled plans to further rebuild its domestic and international network, increasing the number of routes served from 65 to 73. The Scottish airline’s summer 2022 schedule features 1,300 flights per week, with 58,000 weekly seats available.

A new route being introduced links Teesside (MME) with Dublin (DUB) four times per week from May 27. Flights between Aberdeen (ABZ) and the Irish capital—which launch on Sept. 5—will also expand up to 9X-weekly next summer.

Service to both Stavanger (SVG) and Bergen (BGO) in Norway will also resume for the first time since before the pandemic began. Regular flights will operate from Edinburgh (EDI) and Newcastle (NCL) to both Nordic points.

In addition, flights between the Shetland Islands and Norway will be maintained with the re-introduction of seasonal Sumburgh (LSI)-Bergen flights.

“We’ve already taken great steps to rebuild our network after the pandemic, and we’re looking forward to consolidating this progress over the year ahead,” Loganair CCO Kay Ryan said. “We’re therefore increasing frequency on several routes and will be bringing back international flights for the first time in several months.”

Other changes to Loganair’s summer 2022 network include additional flights during the peak summer from Manchester (MAN) and Edinburgh to Cornwall Airport Newquay (NQY), increasing to seven and six flights each week respectively.

There is also a boost at City of Derry (LDY) where London Stansted (STN) services will increase from 15 to 17 flights each week in the peak season and larger ATR 72 aircraft will be deployed on the LPL-LDY route.

Elsewhere, Edinburgh-Cardiff (CWL) flights will increase to 6X-weekly and a second Glasgow (GLA) to Sumburgh service will be introduced on Mondays, Fridays and Sundays. Loganair will also resume a fourth flight between Glasgow and Stornoway (SYY) on Mondays and Fridays.

However, flights to Donegal (CFN) and Jersey (JER) will cease from the end of the current summer season. “Jersey has been disappointing this summer with poor customer demand making the route unviable,” the airline said. “Loganair is pleased, however, to continue serving Jersey via its relationship with codeshare partner Blue Islands.”