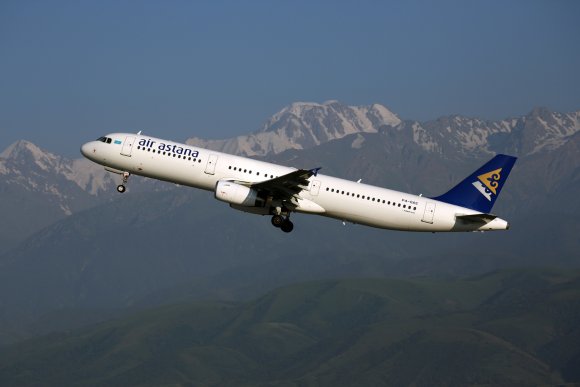 Air Astana will resume direct flights from Kazakhstan’s capital Nur-Sultan (NQZ) to London Heathrow (LHR) on Sept. 18, initially with two frequencies per week on Saturdays and Wednesdays. Flights will be operated by Airbus A321LR aircraft, with the flight time being 7 hr. and 15 min. outbound to London and 6 hr. and 30 min. on the return to Nur-Sultan.

HK Express has launched service to Taiwan Taoyuan (TPE) and Kaohsiung (KHH), both of which are currently operating one-way from Hong Kong (HKG). Flights to TPE are on Mondays and Saturdays, while KHH are on Thursdays and Sundays. The first return service from KHH is scheduled to operate on Sept. 2, while the first return flight from TPE starts two days later. According to OAG data, HK Express will compete with Cathay Pacific to KHH, and with Cathay Pacific, China Airlines and EVA Airways to TPE.

Icelandair has announced plans for a seasonal route between Reykjavik (KEF) and Salzburg (SZG) in Austria. The service will operate from Jan. 15, 2022 through March 5 and compete with Icelandic startup PLAY. Icelandair’s booking system shows that flights will be on Saturdays using 757-200 aircraft.

Russian LCC Pobeda has opened reservation for flights on a new domestic route between St. Petersburg (LED) and Tyumen (TJM). Service starts on Oct. 1 and will be 5X-weekly. Tyumen will become the 26th city of the Aeroflot subsidiary’s route network from LED.

Blue Air is expanding its service from Milan Linate (LIN), adding two new domestic and two new international routes. From Sept. 20, the carrier will open service to Lamezia Terme (SUF) and Palermo (PMO), Madrid (MAD) and Prague (PRG), becoming the only airline connecting Linate with Prague. All routes will be served by Boeing 737 aircraft.

Air Serbia has extended service from Belgrade (BEG) to Krasnodar, Rostov-on-Don and St Petersburg through to Oct. 31 having initially planned to end flights in September. The schedule is being expanded “due to good results achieved during the summer season.” Air Serbia added that it is considering operating the three routes during the upcoming northern winter season.