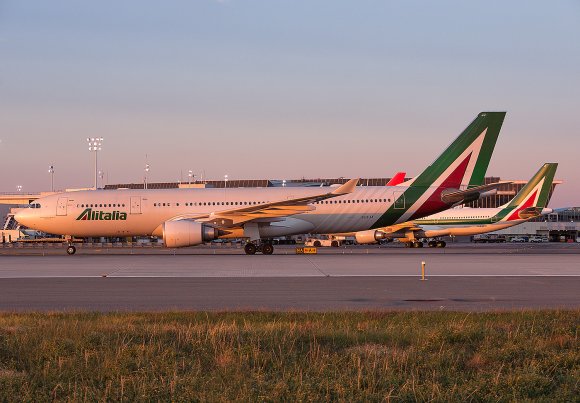 Italia Trasporto Aereo (ITA), the planned successor to Italian flag-carrier Alitalia, has filed an application to operate scheduled service to the US.

In a request to the US Transportation Department (DOT) for a foreign air carrier permit, the airline outlined plans to fly an initial network of four routes between Italy and the US—and hopes to launch the services before the end of the year. The routes will connect Milan with New York, as well as Rome with Boston, New York and Miami.

ITA intends to further build its network from Rome in 2022 by adding flights to Washington and Los Angeles, while routes to Chicago and San Francisco have been earmarked to begin in 2023.

Flights between Rome and San Francisco had been scheduled to commence in June 2020 using Boeing 777-200 aircraft, but the launch was scrapped following the COVID-19 outbreak.

State-backed ITA is scheduled to begin commercial operations on Oct. 15, taking over 52 aircraft, associated slots and other assets from Alitalia, which has been operating under external administrators since it collapsed in May 2017. ITA also plans to participate in a public tender to acquire the Alitalia brand.

Under its new 2021-25 business plan, the ITA fleet is set to grow to 78 aircraft by 2022 and 105 by the end of 2025. ITA CEO Fabio Lazzerini said its management are striving to create “an efficient, sustainable, digital airline, capable of facing future challenges with flexibility and in full discontinuity with the past.”

Should ITA launch the four US routes as planned this year, it will compete with American Airlines, Delta Air Lines, Emirates and Neos between MXP and JFK, while United Airlines also serves MXP-Newark Liberty (EWR).