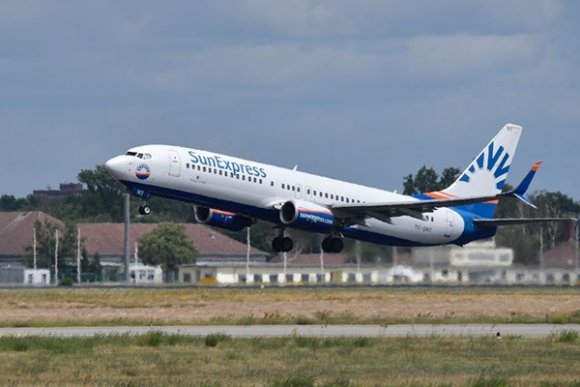 SunExpress is eyeing new routes to the UK and Ireland during the summer 2022 season as the Turkish-German airline seeks to expand its international footprint.

The UK was the second largest overseas market from Turkey during 2019, Sabre Market Intelligence data shows, with O&D traffic amounting to some 5.2 million two-way passengers. Only Germany was bigger, with 14.8 million passengers.

Wilken Bellmann, head of network planning and scheduling at SunExpress, told Routes that the carrier therefore sees huge potential to make further inroads into the UK and Ireland and work with new airport partners.

“We have identified this market as a great strategic fit for our network,” he said. “According to our data, it is the third biggest market to the destinations we are serving in Turkey after Germany and Russia.

“It has also shown the most consistent and sustainable growth in passenger numbers in the last few years prior to the COVID-19 pandemic.”

SunExpress, a joint venture between Turkish Airlines and Lufthansa, began serving London Luton (LTN) from Izmir (ADB) in 2015. By the summer 2019 season, the carrier’s operations at the London airport had swelled to four routes, with flights to Ankara Esenboga (ESB), Antalya (AYT) and Bodrum Milas (BJV).

“Although we know this is difficult in a competitive industry like ours, we look for strategic, long-term partnerships,” Bellmann said.

“We want to jointly build up traffic and our destination portfolio from an airport rather than just being the carrier that adds the next 5,000 seats.

“Our partnership with London Luton would be a testament to that, coming from just a few weekly flights to Izmir a few years back, we were able to scale this up to four destinations and up to 8X-weekly flights.”

In order to identify new airport partners in the UK and Ireland, SunExpress has issued a ‘Request for Proposals’ via Route Exchange. Airports that are large enough to sustain demand to Turkey are invited to participate with a formal response for evaluation with a submission deadline of Oct. 1.

Bellmann said the airline is interested in any potential routes that have a strong business case, as well as financial and marketing support incentives.

SunExpress currently serves 36 international destinations from Turkey, 14 of which are in Germany. The carrier’s largest international route by weekly flight frequencies is Antalya-Dusseldorf (DUS), followed by Izmir-Frankfurt (FRA) and Antalya-Hannover (HAJ).