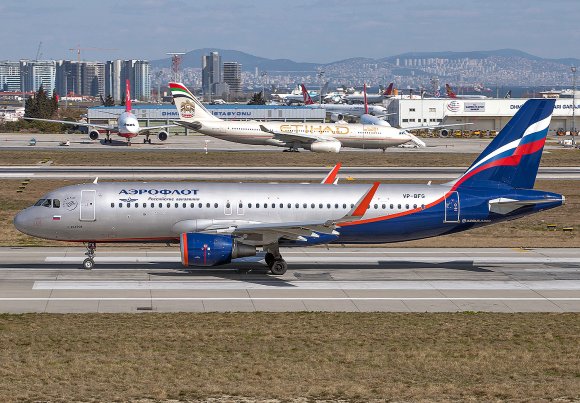 Aeroflot and S7 Airlines are the latest carriers to add flights to the Egyptian resorts of Sharm el-Sheikh and Hurghada, following the likes of Egyptair and Ural Airlines in resuming service to the vacation destinations.

Rosaviatsiya, Russia’s civil aviation authority, has cleared airlines to operate flights to the Red Sea resorts from 49 cities across Russia. So far 13 airlines have applied to operate more than 90 routes.

The planned network additions come after Russia ended a ban on flights to the Egyptian destinations that was imposed after Metrojet flight 9268 from Sharm el-Sheikh to St Petersburg broke up over the Sinai Peninsula in October 2015, killing all 224 people on board.

Although flights between Russia and Cairo (CAI) resumed in 2018, service to all other points in Egypt remained suspended until August 2021.

Aeroflot plans to commence scheduled nonstop routes from Moscow Sheremetyevo (SVO) to Sharm el-Sheikh (SSH) and Hurghada (HRG) on Oct. 1. Service on each route will be daily using Airbus A320s.

S7 Airlines will fly from Moscow Domodedovo (DME) to HRG from Oct. 5 and to SSH from Oct. 9. Sharm el-Sheikh will receive two flights per week, while Hurghada will be served 1X-weekly. Both routes will be operated using Boeing 737-800s.

Data provided by OAG Schedules Analyser shows that Egyptair is currently offering 10X-weekly flights to DME from SSH and HRG, while Ural Airlines serves Yekaterinburg (SVX)-HRG once a week.

The resumption of flights from Russia will provide a much-needed boost for Egypt’s Red Sea resorts, which were hit hard by travel bans in the wake of the Metrojet accident and further impacted by the effects of the pandemic.

Data released by state-owned airports operator Egyptian Holding Company for Airports and Air Navigation shows that traffic at SSH was down by 43% to 242,000 passengers in June 2021 compared with June 2019, while HRG suffered a 55% drop to 270,000 passengers over the same time period.

Prior to the crash of Metrojet flight 9268, which Russia concluded was brought down by a bomb, Sabre Market Intelligence data shows O&D traffic between Russia and Sharm el-Sheikh in 2014 totaled 203,000 two-way passengers, while Russia-Hurghada traffic was 413,000 passengers. In 2019, the respective totals were 26,400 and 33,000 in the absence of direct flights.