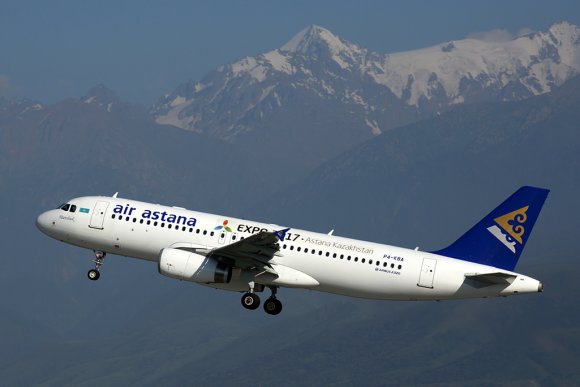 Kazakhstan’s Air Astana will make its return to the UK on Sept. 18 as the airline continues to rebuild its international network. Flights from Nur-Sultan (NQZ) to London Heathrow (LHR) will initially operate with two weekly frequencies on Saturdays and Wednesdays using Airbus A321LR aircraft.

London will become the 10th international destination served nonstop by the carrier from Nur-Sultan once flights resume. This compares with 21 international points from Kazakhstan’s capital during September 2019.

From Almaty (ALA), Air Astana is also launching a new service to Sharjah (SHJ) in the United Arab Emirates on Sept. 16. Flights will be operated three times per week using A320s. The route will become the second connecting Almaty and Sharjah as Air Arabia also serves the destinations nonstop.

Overall, Air Astana is scheduled to operate about 738,000 seats during September 2021—up from 534,000 during the same month in 2019. About 78% of the airline’s capacity is on domestic routes, data provided by OAG Schedules Analyser shows. The figures include capacity operated by LCC subsidiary FlyArystan, which launched in May 2019 and still uses its parent’s KC flight code.

The Air Astana group operates a fleet of 35 aircraft comprising 15 A320/A320neos, 12 A321/A321neo/A321LRs, three Boeing 767s and five Embraer E190-E2s. Air Astana took delivery of its sixth A321LR in late August—less than two years after receiving its first. A seventh leased from Air Lease Corporation is due for delivery before the end of the year.