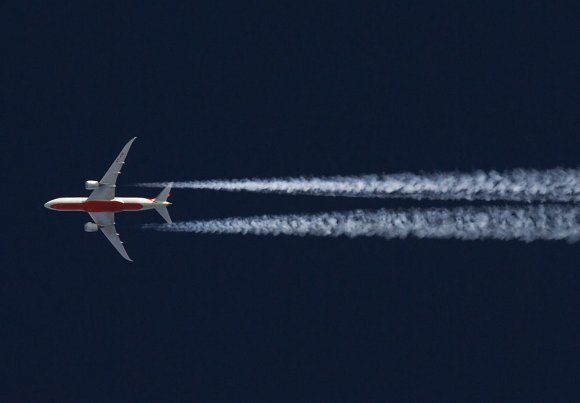 One of the more eye-catching routes starting this month is Air India’s service between Hyderabad (HYD) and London Heathrow (LHR), which will operate twice a week from Sept. 10 onboard Boeing 787-8 aircraft.

The airline originally intended to launch the 7,749-km (4,815-mi.) route in May, but the plans were postponed amid a second wave of COVID-19 infections across India. Air India will compete directly with British Airways, which has been serving the Hyderabad-London route nonstop since December 2008.

Sabre Market Intelligence shows O&D traffic between Hyderabad and London totaled more than 118,000 two-way passengers in 2019—a 13.3% rise on the previous 12 months. The city-pair was the eighth largest between India and the UK during the period.

Elsewhere, Irish carrier Aer Lingus will launch its first transatlantic routes from the UK on Sept. 30, connecting Manchester (MAN) with New York John F Kennedy (JFK) and Orlando (MCO). The MAN-JFK service will be daily using Airbus A321LRs, while MAN-MCO will be 5X-weekly on board A330-300s.

Also launching its inaugural US route is Air Senegal. The state-owned airline announced in May that it intended to introduce a route between Dakar and Washington via JFK. But instead of flying to Washington Dulles (IAD) as previously scheduled, service will now be to Baltimore/Washington (BWI).

Ryanair is also building up its base in Zagreb (ZAG). In addition to the ZAG-Karlsruhe/Baden-Baden (FKB) service listed below, eight other new routes are being launched from the Croatian capital in September. The ULCC is beginning flights to Dortmund (DTM), Dusseldorf Weeze (NRN), Frankfurt Hahn (HHN), Malmo (MMX), Memmingen (FMM), Oslo Sandefjord-Torp (TRF), Paris Beauvais (BVA) and Podgorica (TGD).

The expansion from Zagreb follows the addition of a second aircraft at the base. A third is scheduled to operate from the airport from December.