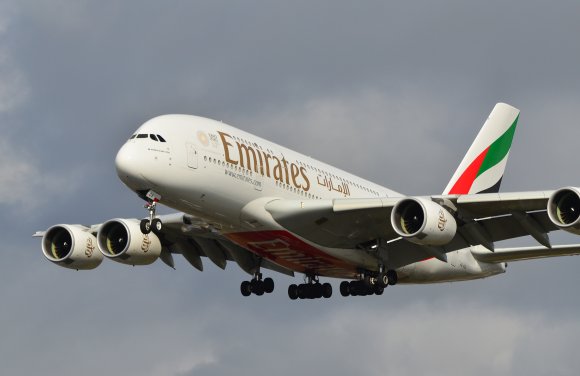 Emirates has restarted Airbus A380 service to Manchester (MAN) in the UK. The resumption on Sept. 1 coincided with the 11th anniversary of the first Emirates A380 to serve the airport. The airline currently offers daily flights from Dubai (DXB) to Manchester but plans to take the route double daily on Oct. 1. By the end of October, the Gulf carrier will offer 77 weekly flights to the UK, including the 6X-daily London Heathrow (LHR) operation.

Ukraine’s SkyUp Airlines is launching service to Łódź, the third largest city in Poland and the future host of Routes Europe in 2023. Flights between Kyiv Boryspil (KBP) and Lodz Airport Central Poland (LCJ) will begin on Sept. 20, operating twice a week on Mondays and Wednesdays. The 819-km route was originally planned to open on March 29, but the start date was pushed back given the ongoing COVID-19-related travel restrictions. Poland has not yet fully opened its borders to Ukrainians, but some categories of citizens have the right to visit the country.

Avianca has filed plans to resume Guatemala City (GUA)-New York John F Kennedy (JFK). The route was last served by the carrier in May 2019 and should return to the Colombian carrier’s network in December. Flights will begin on Dec. 2, initially operating three times per week using a mix of A319s and A320s. OAG data shows that Avianca intends to take the route daily in January 2022. JetBlue also serves GUA-JFK, while United Airlines flies to Guatemala City from Newark (EWR).

Canada’s Sunwing will offer weekly flights to 10 different sun destinations this winter from Québec City Jean Lesage International (YQB). “The Québec market has been an integral part of our operations since Sunwing’s inaugural flights from the region in 2006, and our convenient flights are well loved by consumers and travel agencies alike,” said Sam Char, VP for Sunwing Quebec. From YQB, the airline will serve Cayo Coco, Cayo Santa Maria, Holguin and Varadero in Cuba; Mazatlán and Puerto Vallarta in Mexico; Punta Cana and Puerto Plata in the Dominican Republic; and Miami in the US.

Jet2.com has resumed scheduled service to Iceland. Flights from Manchester (MAN) to Reykjavik Keflavik (KEF) restarted on Sept. 2 and will operate twice a week using Boeing 737-800s. Data provided by OAG Schedules Analyser shows that service from Birmingham (BHX) will begin on Sept. 30. Both routes will run until Nov. 1. Additionally, Jet2 plans to operate 37 three and four-night trips from seven other UK bases (Belfast International, East Midlands, Leeds Bradford, Glasgow, Edinburgh, Newcastle and London Stansted) in October, designed to appeal to travelers who want to see the Northern Lights. MAN-KEF will return on Feb. 10, 2022 through Nov. 10, while BHX-KEF will also resume on Feb. 10 until April 25.

Norway’s Ministry of Transport has awarded regional air route contracts to DAT and Widerøe. DAT will operate services between Florø (FRO) and Oslo (OSL), while Widerøe will serve Stokmarknes (SKN-Bodø (BOO), Stokmarknes-Tromsø (TOS), and Ørsta-Volda (HOV)-Oslo. The contracts start on Oct. 1 and will run until March 31, 2022 for the Stokmarknes routes, and March 31, 2024 for the Florø and Ørsta-Volda services. Norway’s transport minister Knut Arild Hareide said the flights were “crucial” for citizens and businesses based in the regional locations.

Budapest Airport (BUD) has welcomed the return of Aer Lingus for the first time since the pandemic began. The Irish carrier will operate a 3X-weekly Dublin (DUB) service on Wednesdays, Fridays, and Sundays using A320s. OAG data shows that Ryanair also operates the route, flying six times per week.