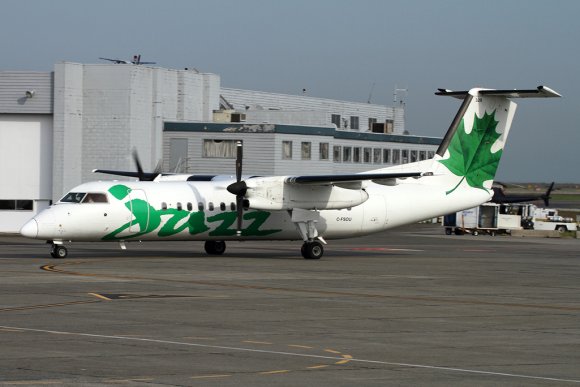 Dormant since March 2020 because of the COVID-19 pandemic, Toronto Billy Bishop Airport (YTZ) will see both Air Canada and Porter Airlines resume commercial flights from Sept. 8—a major boost for the island airport that provides more direct access to downtown Toronto than Toronto Pearson Airport (YYZ).

Porter, which uses YTZ at is main base, has itself been grounded since March 2020 and has repeatedly delayed its restart, but the carrier now appears set to resume flying at the airport on Sept. 8. Air Canada has swooped in to steal a bit of Porter’s thunder, announcing that it will also restart flying from YTZ on Sept. 8.

“We are pleased to restart our operations at Billy Bishop Airport and offer our customers the choice to fly in and out of Toronto Island, which is popular among business travelers for its proximity to the city center and its ability to connect travelers to our global network through Montreal,” Air Canada senior VP of network planning Mark Galardo said.

“Our schedule enables travelers to conveniently fly between Montreal and [YTZ] up to five times per day, linking the two key business and cultural centers as we continue to play our part to reinvigorate Canada's economy.”