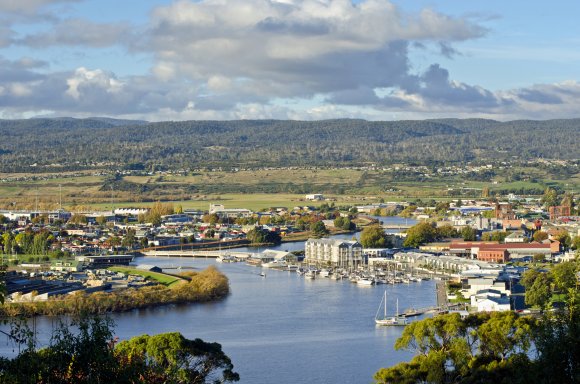 Two new routes from Adelaide (ADL) have been launched by Virgin Australia, including the first direct flights to the Tasmanian city of Launceston (LST) in more than 20 years.

Adelaide-Launceston service will operate three times per week on Tuesdays, Thursdays and Saturdays using Boeing 737-800s. The route will offer about 1,050 two-way weekly seats between the destinations.

O’Hare added that Launceston (pictured) is in a “unique position” to enable restriction-free flying and said the new ADL route opens up more one-stop destinations, such as Perth.

Virgin Australia hopes the service, which launched on Sept. 7, will attract about 4,200 passengers per month. Tourism Tasmania estimates visitors from South Australia will stay an average of around 10 nights in the state.

The airline has also opened flights from Adelaide to Darwin (DRW), operating 4X-weekly on board 737-800s. The first service departed on Sept. 6.

“Up to 5,600 additional passengers will travel on these new services each month, bringing a much-needed boost to the local tourism economy,” Virgin Australia chief strategy and transformation officer Alistair Hartley said.

The latest additions to the carrier’s network from World Routes 2019 host Adelaide come less than a week after it started flying to Cairns (CNS). Flights between ADL and CNS began on Sept. 2 and will operate three times per week.