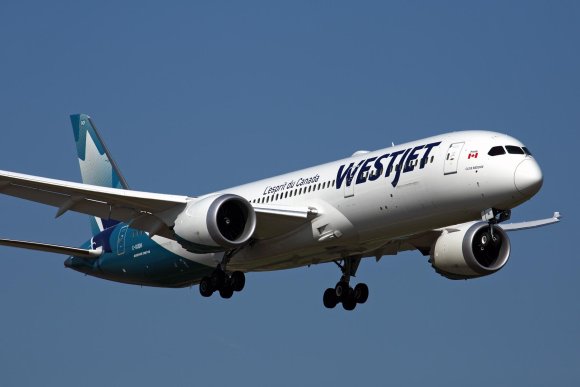 Canada's WestJet sees promise in the transatlantic market as the carrier takes what it is characterizing as a prudent approach to rebuilding its European network.

After imposing strict COVID-19 travel rules for more than 16 months that effectively grounded Canadian airlines' foreign operations, Canada finally started opening up in the late summer. As of Sept. 7, the country has reopened to travelers who have been vaccinated.

WestJet CEO Ed Sims told attendees at the CAPA Live September conference that, from an international perspective, “one of the things COVID has taught me is to minimize risk and to operate with prudence and caution.”

That cautious approach entails building up long-haul service from WestJet’s hubs in Calgary (YYC), Toronto Pearson (YYZ) and Vancouver (YVR). Sims explained the airline was “trying to make sure we fly a broad swath of European destinations built around Central European hubs.”

Sims cited WestJet’s recent launch from YYC to Amsterdam Schiphol (AMS), a route that already has “astonishing load factors.” The airline is also operating from YYC and YYZ to London Gatwick (LGW) and between YYC and Paris Charles de Gaulle (CDG).

That service gives WestJet the confidence to start flying to destinations like Dublin (DUB) and Rome (FCO) in the future, Sims said, adding the airline has recently announced plans to launch flights during 2022 from YYZ to Edinburgh (EDI) and Glasgow (GLA) operated by Boeing 737 MAX 8 aircraft.

Sims expressed concern over the delta variant of COVID-19 as well as "whatever may come next,” but he also highlighted Canada’s vaccination levels. According to Our World Data, roughly 68% of Canada’s adult population is fully vaccinated. WestJet’s CEO believes Canada could reach critical mass  “north of around 70%” during the next couple of months.

“Notwithstanding the delta variant, I’m feeling pretty confident about the projections on the Atlantic,” he added.

Sims also noted Canada has introduced “very timely legislation” that mandates all federally regulated workers and domestic travelers (flying or boarding a train) to be fully vaccinated by Oct. 31.

“I think Canada has a wonderful opportunity to establish ourselves as one of the safest countries to travel to, from and within that gives us a very strong platform on the Atlantic, where people are now so used to carrying a digital passport ... to get access to a whole range of services,” Sims said.

Sims said WestJet has a “relatively modest” business-class cabin on its 787 widebodies (16 seats) and not a large premium economy section (28 seats). As a result, there is “less obligation to fill those forward cabins, and a greater opportunity for us to fill … the aircraft with both VFR [visiting, friends and relatives] and leisure traffic,” he said.

Aviation Week’s Fleet Discovery database shows that WestJet has five 787s in service, one in storage and four on order. Sims said the airline hopes to increase “that fleet up to 10 aircraft” within the next six months and, as the recovery gains momentum, the airline “has a great opportunity to build beyond those 10 787s.”