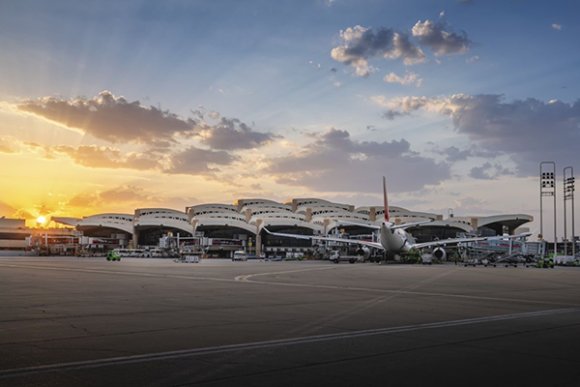 The carrier operated its first charter flights from Lviv (LWO) to Al-Qasim (ELQ) in June and has since added four scheduled routes to three destinations in the Kingdom.

Seasonal service has been launched from Kyiv Borispol (KBP) to Dammam (DMM), Jeddah (JED) and Riyadh (RUH), as well as from Lviv to Dammam.

SkyUp said it has so far carried more than 6,000 two-way passengers between Ukraine and Saudi Arabia—and it intends to build on its summer 2021 fight program in summer 2022.

“Saudi Arabia, together with other Arabian Gulf countries, is one of the priority vectors for the development of inbound tourism in Ukraine, so next year we plan to at least resume the flight program for this destination, and in the future, to expand it,” CEO Dmytro Seroukhov said.

According to data provided by OAG Schedules Analyser, SkyUp plans to offer 10 flights per week to Saudi Arabia during peak summer 2022. In July, KBP-RUH will be 4X-weekly, KBP-JED 3X-weekly, LWO-DMM 2X-weekly, and KBP-JED 1X-weekly.

SkyUp is one of two airlines serving the Ukraine-Saudi Arabia market nonstop. LCC Flynas began operations in June 2021 with a route between Riyadh and Kyiv Borispol. Flights to Kyiv from Jeddah were added in July alongside service to Lviv from Al-Qasim and Riyadh.

Prior to the start of SkyUp and Flynas’ routes, there were no direct flights between the two countries. The top connecting markets were Istanbul (IST), Dubai (DXB) and Istanbul Sabiha Gokcen (SAW).