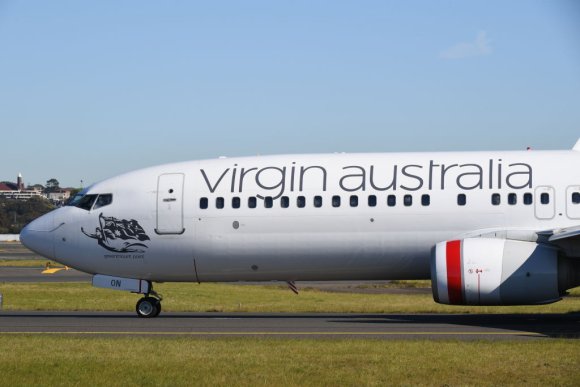 Virgin Australia is launching seasonal service between Perth (PER) and Launceston (LST) in Tasmania. Commencing Nov. 5, the direct route will be operated three times per week through Jan. 30, 2022.

“We’re continually looking at ways to pivot and expand our network schedule where free movement of travelers across borders permit, so we’re incredibly proud that working with Launceston and Perth Airports we’ve been able to launch direct services between the cities in time for the busy Christmas holiday period,” chief strategy and transformation officer Alistair Hartley said. The expansion comes after the airline this week reintroduced flights between Adelaide (ADL) and Darwin (DRW) and the inaugural service linking Adelaide and Launceston for the first time in the carrier’s 21-year history.

Wizz Air on Sept. 6 resumed flights from London Luton (LTN) to Fuerteventura (FUE), Gibraltar (GIB) and Vienna (VIE). The Austrian capital will be served with four flights per week, while Fuerteventura and Gibraltar will each receive two. OAG data shows that Wizz will compete directly with easyJet and Ryanair on the service to FUE.

SWISS has launched a weekly service between Geneva (GVA) and Madeira (FNC). The route will be operated by leisure subsidiary Edelweiss using 180-seat Airbus A320s. “With this connection, SWISS also reinforces its commitment to Portugal, now having direct connections from Geneva to the 5 main Portuguese airports, a clear commitment to our country,” said Francisco Pita, CCO of airport operator ANA Aeroportos de Portugal. The first flight took place on Sept. 4.

Vietnamese carrier Bamboo Airways plans to operate its inaugural flights to the US on Sept. 23. The airline said it has secured the right to offer 12 return Vietnam-US flights between September and November. The airline has yet to confirm the schedule for the planned flights, but said it intends to offer routes from Hanoi (HAN) and Da Nang (DAD) to Los Angeles (LAX), San Francisco (SFO) and Seattle (SEA).

Saudi Arabia’s flag-carrier Saudia will return to Manchester Airport (MAN) in December for the first time in 21 months as it relaunches its direct service to Jeddah (JED). The first flight is set to depart on Dec. 15, operating three times per week onboard Boeing 787 aircraft. Flight frequencies will be reviewed depending on demand. Saudia began operating the MAN-JED route in 2014 and pre-pandemic offered up to 5X-weekly flights.

WestJet has launched its newest route connecting Calgary (YYC) and Dawson Creek (YDQ). The WestJet Link service will operate 4X-weekly on Mondays, Wednesdays, Fridays and Sundays. Flights are operated through a capacity purchase agreement with Pacific Coastal Airlines using its fleet of WestJet-branded 34-seat Saab 340 aircraft. “Our guests in both Calgary and the Peace River Region have been patiently awaiting this important milestone and we are thrilled to bring air service to the community,” WestJet CCO John Weatherill said.

SkyUp Airlines is to start a 3X-weekly route from Kyiv Boryspil to Prague (PRG) on Sept. 23. Flights will be operated on Tuesdays, Thursdays and Sundays. Wizz Air will also start flying to Prague from Naples (NAP) on Sept. 18, while Blue Air will begin a route from Milan Linate (LIN) on Sept. 20. Other airlines resuming operations from Prague this month are Ural Airlines adding flights from Moscow Zhukovsky (ZIA) and Transavia France from Paris Orly (ORY). “Traffic is currently increasing for key destinations,” PRG director of aviation Jaroslav Filip said. “This also creates favorable conditions for the renewal of inbound tourism, which is still waiting for its substantial recovery after the pandemic.”

UK-based regional airline Loganair has launched a new route between Aberdeen (ABZ) and Dublin (DUB), with the first flight taking to the skies on Sept. 5. Service will be 4X-weekly using Embraer 145 and the carrier hopes to take the route daily in spring 2022. Dublin Airport has also welcomed the news that the airline plans to add a Teesside (MME)-DUB service in May 2022, operating four times per week onboard 49-seat Embraer ERJ aircraft. Additionally, Loganair intends open an MME-Southampton (SOU) route on March 27. Flights will be 4X-weekly.