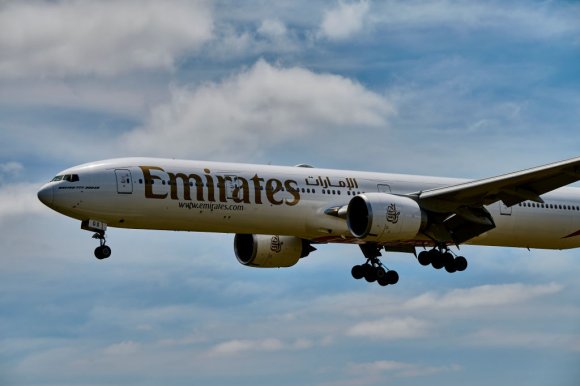 Emirates will reinstate flights to St Petersburg’s Pulkovo Airport (LED in October after an 18-month hiatus.

The resumption, alongside frequency increases to Moscow Domodedovo (DME), will see the carrier’s Russian network return to pre-pandemic levels.

Service between Dubai International (DXB) and St Petersburg will begin on Oct. 8, initially operating four times per week using Boeing 777-300ERs in a three-class configuration. The route will become daily from Oct. 21.

Emirates also intends to add a second daily DXB-DME flight from Oct. 1, data provided by OAG Schedules Analyser shows, meaning the carrier will be offering 21X-weekly flights between the United Arab Emirates and Russia by late October—the same number as before the COVID-19 crisis.

Flights to Riyadh will increase to double daily from Sept. 16, and plans are underway to boost frequencies across the other gateways by the end of the month.

The latest network additions come after Emirates said it would be expanding its operations in and out of South Africa, boosting its schedule to 28X-weekly flights by October. This is the airline’s largest weekly schedule to the country since the start of the pandemic.

The ramp up of operations will see double-daily flights to Johannesburg (JNB), including the introduction of A380 service on one of the daily flights. This is in addition to daily services to both Cape Town (CPT) and Durban (DUR). The frequency and capacity increases are effective from Oct. 31.