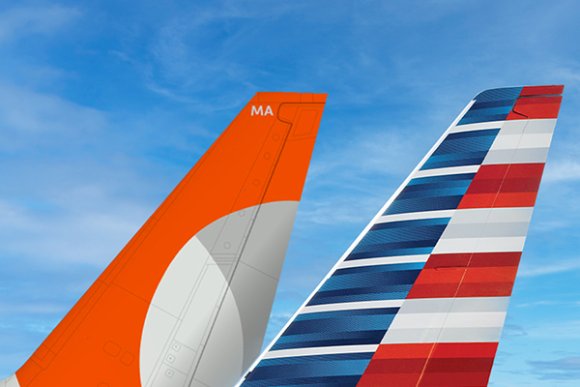 American Airlines and GOL are to deepen ties by expanding their existing codeshare partnership and increasing commercial cooperation on services between the US and Brazil. The two airlines have signed a letter of intent to build on an initial deal forged in February 2020.

As part of the latest agreement, GOL will receive an equity investment of $200 million from American in return for a 5.2% stake in the Rio de Janeiro-based airline.

“Our long-haul network marries seamlessly with GOL’s strong domestic network in Brazil,” American president Robert Isom said. “Together, we will be able to offer customers flying to, through and from Brazil, access to the largest network with the lowest fares and the Americas’ biggest and best joint travel loyalty program.”

American offers service to 17 destinations in South America, including Sao Paulo (GRU) and Rio de Janeiro (GIG) in Brazil, from its US hubs in Dallas-Fort Worth (DFW), Miami (MIA) and New York John F Kennedy (JFK).

GOL’s network covers 63 destinations in Brazil as well as 140 internationally through codeshare agreements. The carrier recently confirmed that Cancun (CUN) in Mexico and Punta Cana (PUJ) in the Dominican Republic will be its first international routes to reopen since the beginning of the pandemic. Flights will resume in November.

GOL CEO Paulo Kakinoff said the agreement with American would “bolster GOL’s presence in international markets, accelerate our long-term growth, and maximize value for our shareholders.” He added: “It adds to our confidence in GOL’s growth as the economy reopens and travel demand increases.”

Alongside the expanded codeshare agreement, the two airlines expect to offer an enhanced joint loyalty program offering to give passengers more ways to earn and redeem miles. The partnership will also allow for further commercial cooperation in areas such as purchasing, sales tools and systems integrations.

Dallas-Fort Worth-based American inked an agreement to codeshare with GOL in February 2020 in the face of an aggressive regional expansion by rival Delta Air Lines after the SkyTeam member’s acquisition of a 20% stake in Chile’s LATAM Airlines Group had left American without any partners in the region.

The new partnership with GOL comes less than two months after American announced it planned to buy a minority stake in another South American ULCC, Chile’s JetSMART. American said that investment would allow both carriers to “grow aggressively and profitably across Latin America as demand recovers, while preserving the best aspects of each carrier’s business model.”