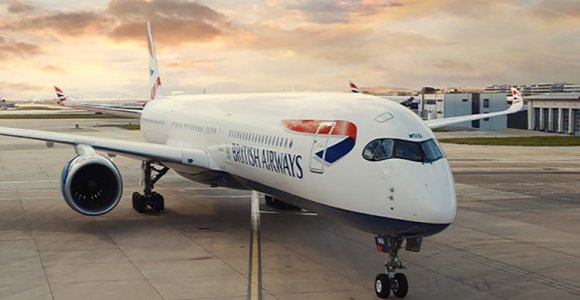 British Airways (BA) has this week confirmed plans to restart flying between London Heathrow (LHR) and San Diego (SAN) in the US for the first time since the onset of the pandemic.

The route will return on Oct. 13 after an 18-month hiatus, operating three times per week on Wednesdays, Fridays, and Sundays. BA will become the first carrier to resume nonstop service from Europe to San Diego.

The network addition comes after the oneworld alliance member this month reinstated flights to Denver (DEN), offering a 3X-weekly service onboard Boeing 777s. Montreal (YUL) also returned to BA’s network on Sept. 8, with five flights per week from LHR, while Nairobi (NBO) resumed on Sept. 4, operating once a week.

Data provided by OAG Schedules Analyser shows that for the week commencing Sept. 13, BA is offering 560,000 seats across 185 routes. This compares with 1.28 million seats and 281 routes during the same week two years ago.

However, by the start of the winter 2021/22 season, the UK airline’s capacity is currently scheduled to increase to about 1.1 million seats—equivalent to 97% of the capacity offered at that time in 2019. While the schedule is still subject to change, destinations that will return include Orlando, St Kitts and Windhoek.

As previously reported by Routes, BA is also returning to Birmingham Airport (BHX) this winter after a three-year absence and is expanding frequencies on three former Aer Lingus Regional routes at Belfast City (BHD).

Additionally, the carrier is mulling the launch of a subsidiary to run short-haul routes out of London Gatwick (LGW) from summer 2022.

Other changes for summer 2022 include plans to open routes from Heathrow to Ponta Delgada (PDL) and Terceira (TER) in the Azores. Flights will operate once a week, with PDL starting on July through Sept. 3 and TER on July 10 through Aug. 28.