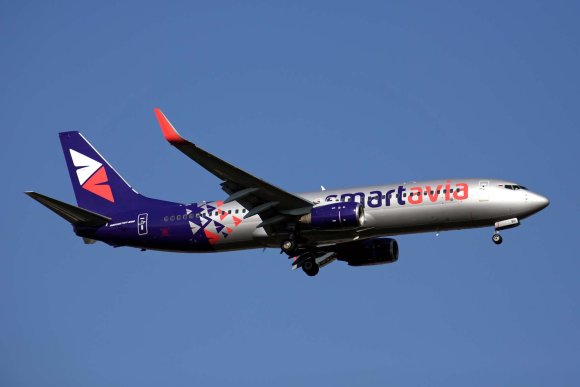 Russian carrier Smartavia has signed an agreement to open a base at Moscow Sheremetyevo (SVO), vowing to launch “a large-scale program of flights” from the airport.

The LCC—previously known as Nordavia—currently uses Moscow Domodedovo (DME) for all its operations in and out of Russia’s capital.

However, the airline said a base at Sheremetyevo would enable it to further increase the number of routes offered to both domestic and international destinations.

Domodedovo is located some 45 km to the south of the city centre, while Sheremetyevo is about 29 km to the north of Moscow.

Smartavia general director Sergey Savostin said the decision to open a second base in the city formed part of the airline’s “ambitious plans” to increase low-cost penetration in Russia. “Cooperation with Sheremetyevo Airport will give us new opportunities in expanding the route network,” he added.

Mikhail Vasilenko, general director of SVO operator Sheremetyevo International Airport Joint Stock Company, said Smartavia would provide a “significant contribution” to the airport’s passenger traffic. “Thus, the airport is increasing its potential in the low-cost segment, which we consider to be very promising,” he said.

According to data provided by OAG Schedules Analyser, Smartavia is this week (w/c Sept. 20, 2021) offering about 81,300 seats to 31 destinations across its network. Moscow Domodedovo is the airline’s largest airport by departure seats with around 16,500, while St Petersburg Pulkovo (LED) is the second largest with 16,100.

Earlier this year, Smartavia rival Pobeda began operating its first routes from Sheremetyevo. It currently flies to 13 domestic and one international point from the airport.