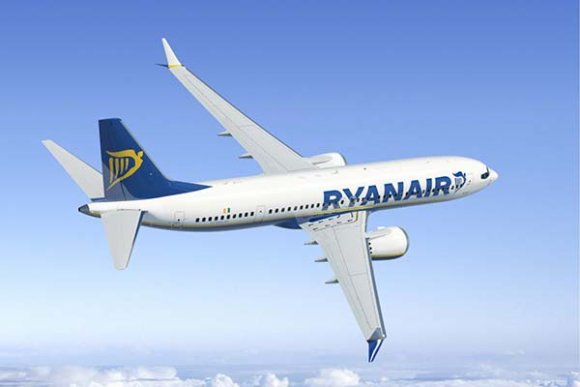 Ryanair Group, which has been adding routes at a high clip even amidst the COVID-19 pandemic, increased its traffic forecast for the next five years, predicting it will carry 25 million more passengers per year by March 2026 than previously expected.

“Ryanair Group airlines now expect to deliver more rapid traffic growth over the next five years, and have raised their five-year growth forecast from 33% [over pre-COVID traffic levels] to 50%,” Ryanair said, detailing the results of its annual general meeting. “As a result, Ryanair’s pre-COVID traffic of 149 million is expected to grow to over 225 million [annual passengers] by March 2026, which is 25 million passengers per annum higher than the previous target of 200 million.”

Over the five years, Ryanair is scheduled to take delivery of 210 Boeing 737 MAXs to accommodate the additional flying.

However, there is a point of caution in the Ryanair forecast: it is contingent on no major adverse COVID-19 developments and vaccination levels remaining high across Europe.

The Ryanair Group forecast comes soon after Boeing released a new 20-year forecast in which it predicted LCCs operating short-haul routes would lead the airline recovery from the COVID-19 crisis.