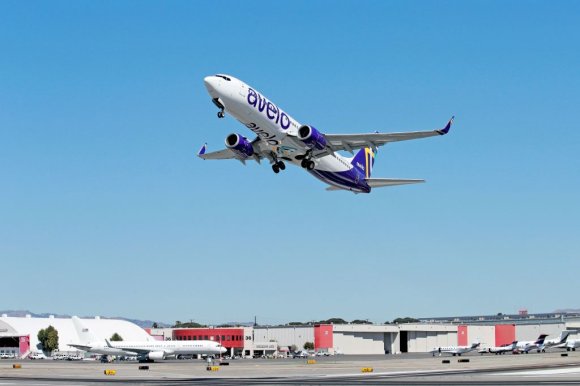 Avelo started operations earlier this year from Burbank (BUR) in southern California, from which it flies to both AVC and STS.

“We are pleased to welcome Avelo Airlines to McCarran International Airport and wish them great success with their Las Vegas air service,” LAS chief marketing officer Chris Jones said. “Whether travelers are looking for the entertainment of Las Vegas or the allures of [California] wine country, Avelo’s new nonstop flights make these desirable destinations more accessible.”

Avelo CEO Andrew Levy added: “We’re excited to take flight … to this popular vacation and entertainment destination. The addition of Las Vegas to our existing service to Los Angeles [Burbank from AVC and STS] demonstrates our commitment to providing more choice and convenient access to the places our customers want to go at everyday low fares.”

Avelo is expanding to the US east coast this fall, planning to launch 737-700 service from New Haven (HVN) in Connecticut to five destinations in Florida.