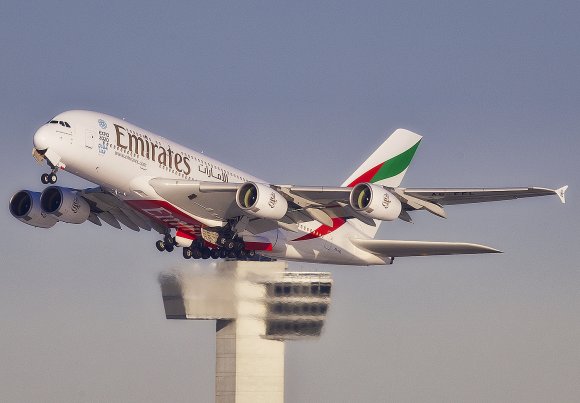 Emirates this week confirmed plans to increase flight frequencies to a number of US destinations amid “rising travel confidence and the easing of international travel protocols.”

Starting from October, the Gulf airline will be operating 78 weekly flights to 12 destinations in the US.

An increase from four to five flights per week is scheduled for Boston (BOS), Dallas-Fort Worth (DFW), San Francisco (SFO), Seattle (SEA) and Washington Dulles (IAD).

During the upcoming winter season, the airline said it intends to further supplement its capacity in line with demand. However, by December it expects to have already restored more than 90% of its pre-COVID flight frequencies to the US with daily flights added to Boston, Dallas, Houston, San Francisco, Seattle and Washington DC in addition to double daily flights to New York.

Flights between Milan and New York will also be upgraded to the Airbus A380 from Oct. 31, while the aircraft will return daily to San Francisco from December.

The US growth comes as Dubai prepares to play host to the Dubai Expo 2020, a six-month event that is expected to attract up to 25 million visitors. Emirates has a pavilion at the expo that “offers a preview for the future of commercial aviation.”

Looking at Emirates’ wider network, OAG Schedules Analyser data shows the airline is this week (w/c Sept. 20, 2021) operating about 660,000 seats across 127 nonstop routes. This compares with 1.48 million seats and 151 nonstop routes during the same week in 2019.