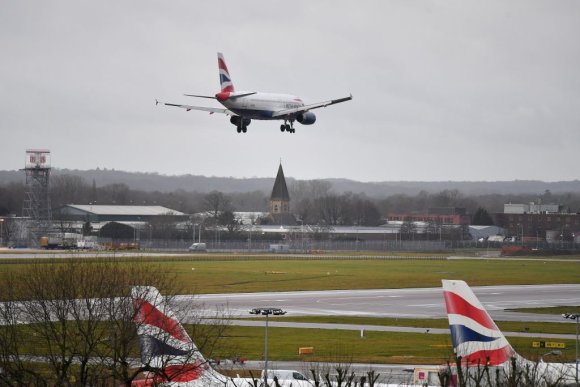 British Airways (BA) has closed reservations for all short-haul services from London Gatwick (LGW) apart from two domestic routes after abandoning proposals to launch a low-cost subsidiary at the airport.

The airline’s booking system shows that only flights to Glasgow (GLA) and Manchester (MAN) are available during the upcoming winter 2021/22 season and beyond into summer 2022. The launch date of the Gatwick-Manchester service has also been pushed back from Oct. 31 to Dec. 1.

The move comes after the International Airlines Group-owned carrier confirmed that it will not proceed with plans to establish a short-haul airline at the UK airport after failing to reach an agreement with trade union British Airline Pilots’ Association (BALPA).

“With regret, we will now suspend our short-haul operations at Gatwick, with the exception of a small number of domestic services connecting to our long-haul operation, and will pursue alternative uses for the London Gatwick short-haul slots,” a spokesperson for BA told reporters.

BA suspended service from Gatwick 18 months ago and in May last year warned that flights may not return. Since then, some long-haul routes have resumed to the likes of Antigua (ANU) and Montego Bay (MBJ), but the carrier’s domestic and European network from the airport remains on hold.

The oneworld alliance member had hoped to launch a low-cost short-haul airline at Gatwick in time for the summer 2022 season and intended to base up to 17 aircraft at the airport.

Schedules filed with OAG show that BA planned to fly from Gatwick to 43 short- and medium-haul destinations by July 2022, offering about 71,000 weekly departure seats. Jersey (JER), Malaga (AGP) and Faro (FAO) were set to be the top three routes by capacity during peak-summer.

BA operated 74 routes from LGW in 2019 offering more than 4.4 million seats across 24,942 flight departures. The airline accounted for almost 17% of capacity from the airport during the year and nearly one-fifth of all flights.

For the week commencing Sept. 20, 2021, the carrier is offering five nonstop long-haul routes to Antigua, Hewanorra (UVF), Kingston (KIN), Mauritius (MRU) and Montego Bay, as well as a 3X-weekly domestic service to Glasgow.