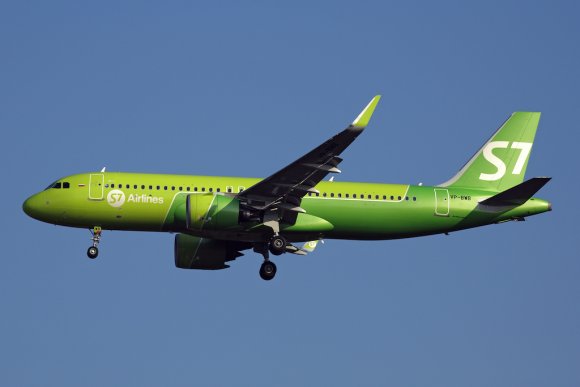 S7 Airlines has revealed that its new low-cost unit will be known as Citrus and will commence commercial operations in July 2022.

The company said the startup’s branding reflects its goal of connecting cities of Russia, as well as offering passengers a “vibrant and positive travel experience.”

S7 hopes the new subsidiary will carry about one million passengers during its first year of operation, rising to between six and seven million by 2024.

The LCC’s fleet will initially consist of four Airbus A320neos and it expects to add between six and eight aircraft annually. Ticket sales are planned to open next spring.

“If we look at the international experience, we can see that the route network of the European low-cost airlines is distributed between regions,” she said.

“In the Russian market, low-cost air transportation is available mainly in Moscow and St. Petersburg. The Ministry of Transport of the Russian Federation also highlighted the necessity to create another low-cost airline in central Russia in order to improve the accessibility of the regions.”

Citrus will provide competition for Aeroflot subsidiary Pobeda, the largest LCC in Russia’s market. According to data provided by OAG Schedules Analyser, Pobeda commands a 96% share of all low-cost departure seats on offer in Russia during September 2021.

However, about two-thirds of the airline’s total capacity this month is on service to and from Moscow—a market that Citrus will avoid.