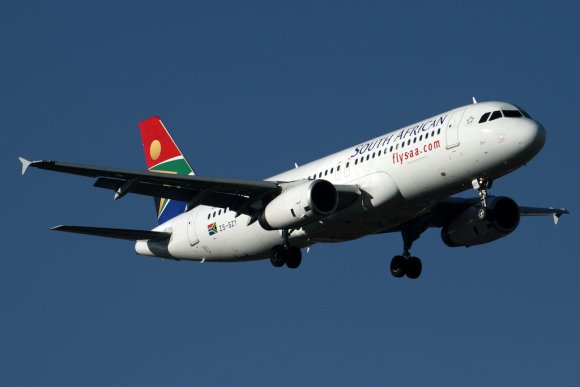 SAA’s first scheduled flight was an early morning take-off on Sept. 23 from Johannesburg (JNB) to Cape Town (CPT), one of three daily flights SAA will operate between the country’s two major cities. International flights also began from JNB to five African capitals: Accra (ACC) in Ghana, Kinshasa (FIH) in the Democratic Republic of the Congo, Harare (HRE) in Zimbabwe, Lusaka (LUN) in Zambia and Maputo (MPM) in Mozambique.

The airline has restarted flights under the ownership of the government’s Department of Public Enterprises, rather than Takatso Consortium, which is scheduled to become the 51% owner of the flag-carrier. Takatso is still involved in due diligence before it formally takes over the perennially loss-making airline.

Takatso CEO Gidon Novick said Sept. 21 that the due diligence process was substantially complete and no material issues had come to light. In a Sept. 23 post on Twitter, Novick said he wished SAA well as it restarted services, adding: “Our consortium is not involved at this stage, but hoping to get this landmark deal done soon.”

“This week is a proud and significant one for SAA and its staff as well as all South African citizens,” SAA interim CEO Thomas Kgokolo said. “Our journey back to the skies has not been easy and I pay tribute to our dedicated workforce in all areas of the business, all of whom have and are putting in long hours ahead of this day. People in every facet of the business want nothing more than for SAA to succeed and for us to build a new airline based on safety and exemplary customer service.”

Kgokolo added: “Our first order of business is to service our start-up routes efficiently and profitably, and then look to expanding the network and growing our fleet, all depending on demand and market conditions.”

The carrier’s absence from airport schedules has led to volatile ticket prices in the country. “SAA’s return will provide more market equilibrium in terms of ticket pricing,” SAA chairman John Lamola said. “Since the carrier went into and then out of business rescue there has been less local capacity and that means tickets have become more expensive. Our return to the skies will mean more competitive pricing and will enable more South Africans to fly.”

The carrier is restarting services with a fraction of the aircraft inventory it operated pre-business rescue. SAA spokeswoman Vimla Maistry told the Aviation Week Network that the initial fleet consisted of a single Airbus A330, two A320s and three A319s.

“The future fleet will be finalized together with commercial decisions on which routes we will fly,” she said.