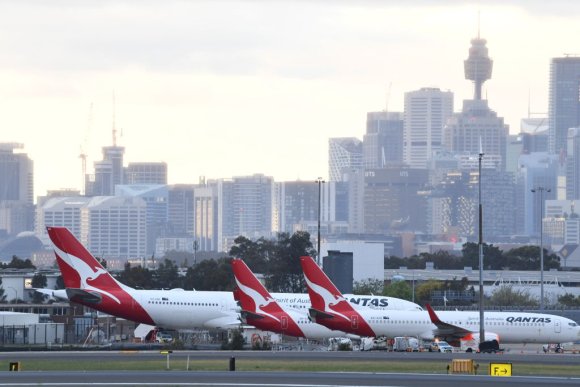 Qantas Group has made a series of adjustments to its domestic network, including delaying the restart of flights from Western Australia to Victoria and New South Wales (NSW) by two months due to ongoing state border restrictions.

Qantas CEO Alan Joyce said the decision to cancel planned services until Feb. 1 at the earliest had been taken following discussions with the government of Western Australia. But he added: “We will maintain a minimum service for people with permits to travel, though, as we have throughout the pandemic.”

The airline also plans to reroute its nonstop flights to London from Perth (PER) in Western Australia until at least April, instead operating a daily Melbourne-Darwin-London service from December, when it expects the international border to reopen.

Qantas said talks were underway with the Northern Territory government and Darwin Airport (DRW) to assess the possibility of London Heathrow (LHR) flights. However, if it is unable to operate through Darwin, the carrier will instead fly a Melbourne-Singapore-London routing.

Despite the delays and cancellations in Western Australia, Qantas said domestic flights between Victoria and NSW would ramp up earlier than anticipated. Regular flights between the two states will resume from Nov. 5 rather than Dec. 1, based on Victoria’s reopening plan.

The oneworld alliance member will also “significantly” increase flying within NSW from Oct. 25 to about 40% of pre-pandemic levels.

“It’s great to see plans firming up for some domestic borders opening given the success of the national vaccine rollout,” Joyce said.

“We’re now planning to ramp up flying between Melbourne and Sydney, which is usually the second busiest air route in the world, almost a month earlier than expected.

“There are also a lot of regional destinations that will open up for the first time since June, which is great news for tourism as well as family and friends who can’t wait to see each other again.”

Internationally, flights are still on track to gradually restart from Dec. 18 once Australia reaches a threshold where 80% of its population are vaccinated against COVID-19.

“The key factor in determining the ongoing demand level for international flying will be what the quarantine arrangements are for Australians when they return,” Joyce said.

“The seven-day home quarantine trial in New South Wales is a great step forward and we’re hoping the system evolves quickly for vaccinated travellers from low-risk countries to not have to quarantine on arrival, particularly given Australia itself is on track to have one of the highest vaccination rates in the world.”

QantasLink will operate up to 7X-weekly return Adelaide-Hobart flights, and 4X-weekly return flights Adelaide-Cairns with Embraer E190 regional aircraft. The E190s were introduced to QantasLink’s network in May as part of the airline’s new agreement with Alliance Airlines.

“We have already seen a great response to our new Adelaide flights and we’re pleased to be making it easier for South Australians to enjoy some of the country’s best tourism destinations,” QantasLink CEO John Gissing said.

In related news, Qantas rival Regional Express (Rex) said on Sept. 27 that it will keep its Boeing 737s grounded until Oct. 31. The airline said it has been left with “no option” but to extend the suspension of its domestic services and reduction of regional services amid Australia’s ongoing state border restrictions.