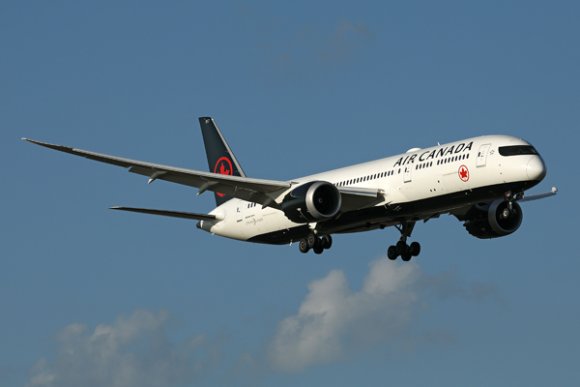 Air Canada has resumed nonstop flights to Delhi after the Canadian government lifted travel restrictions on services to and from India.

Service from Toronto Pearson (YYZ) and Vancouver (YVR) to Delhi’s Indira Gandhi International (DEL) have been reinstated after an absence of four months. OAG Schedules Analyser data shows that both routes will be daily using Boeing 787-9 aircraft.

Air India also serves both markets, flying YYZ-DEL daily and YVR-DEL 3X-weekly. Both of the Indian flag-carrier’s routes are onboard 777-300ERs.

“We continue to be focused on the growing visiting friends and relatives market, and together with the long-standing cultural and business ties between Canada and India which are expected to grow over the coming years, Air Canada remains strongly committed to this important Asia-Pacific market,” Air Canada SVP of network planning and revenue management Mark Galardo said.

The Star Alliance member has also confirmed it intends to push ahead with the launch of a Montreal (YUL)-Delhi route, originally earmarked to begin in April, and said that flights to Mumbai (BOM) would resume “as market conditions allow.”

Air Canada served Mumbai from Toronto until the onset of the pandemic in March 2020.

As reported by Routes, the airline filed plans in January to start a 3X-weekly YUL-DEL route from April 18, 2021. However, the launch was postponed. The latest schedules indicate that the route will start on Oct. 31, operating three times per week using 787-9s.

Figures provided by Sabre Market Intelligence show that O&D traffic between Montreal and Delhi totaled 45,732 two-way passengers in 2019—a rise of 18.8% on the previous 12 months. London Heathrow (LHR) was the biggest connecting market, followed by Frankfurt (FRA) and Beijing Capital (PEK).

According to the data provided by Statistics Canada, the country’s national statistical office, Montreal is home to Canada’s fifth largest Indian community. There were about 50,000 people of Indian heritage living in the city in 2016, suggesting that Air Canada will be targeting VFR traffic on the new route to DEL.