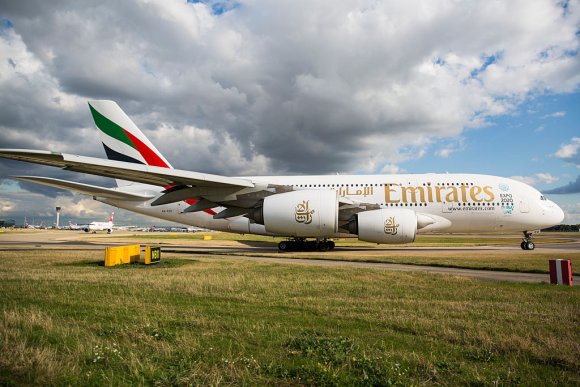 London Gatwick (LGW) is returning to Emirates' network in December for the first time since the onset of the pandemic.

The Gulf carrier cited the easing of international travel restrictions and an upsurge in passenger demand for winter sun as reasons for the planned resumption. Flights from Dubai International (DXB) will be daily from Dec. 10 onboard Boeing 777 aircraft.

The decision comes after the UK government announced a simplified system for international travel, replacing its traffic-light system with a single red list of countries. From Oct. 4, testing requirements will also be reduced for eligible fully vaccinated travelers. Additionally, the UK will accept vaccination certificates from 55 nations, including the United Arab Emirates (UAE).

“With the UK simplifying travel and accepting international vaccination certificates, we’ve seen a big surge in demand as people have been a lot more confident in booking trips for the coming months and further ahead,” Emirates CCO Adnan Kazim said.

The addition of London Gatwick to flight schedules in December will restore Emirates’ UK operations to six gateways. By the end of December, the airline will offer 84 weekly flights to the UK, up from 55 during the week commencing Sept. 27, 2021.

OAG data shows that Emirates offered 140 flights per week to the UK before the pandemic, including serving London Gatwick three times per day.

Alongside the LGW return, the airline’s fleet of Airbus A380s will be deployed to an expanded list of destinations over the coming weeks. By the end of November, the number of cities that the aircraft will serve will be scaled up to 27, representing a more than 65% increase from its current 16.

The carrier will also introduce a new route to its A380 network that was previously not served by the superjumbo. Flights to Istanbul (IST) will begin on Oct. 1, becoming the first A380 operation in Turkey.

Emirates’ A380 fleet will reach 118 by year-end—and more than 50 are set to be in service by the start of 2022. The increase in A380 flying comes as Dubai prepares to host Expo 2020 Dubai, an event taking place from Oct. 1 through March 31 that is expected to attract up to 25 million visitors.