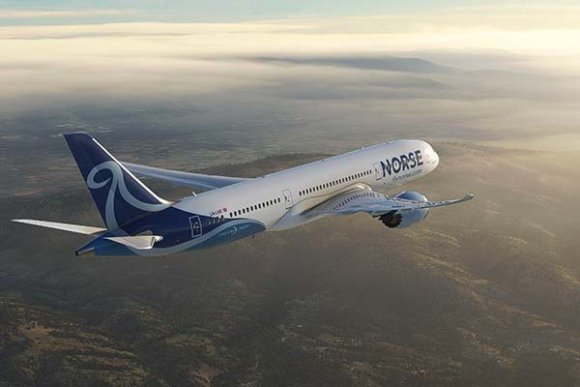 Norse Atlantic Airways has unveiled its initial network strategy, outlining plans to fly to three points in the US from the Norwegian capital Oslo.

A request has been lodged with the US Transportation Department (DOT) for an exemption and foreign carrier permit. The document says that Norse expects to receive its air operator’s certificate from Norway’s civil aviation authority Luftfartstilsynet in early November.

Although no start date has been given, Norse hopes to begin scheduled operations during the summer 2022 season. Initial flights will begin with three Boeing 787s in a two-cabin configuration.

In its application to the DOT, Norse said it plans to partner with local communities, tourism organizations, businesses and labor to bring its product to the US market and “create new, good-paying jobs for Americans.”

The airline added its flights would result in “increased travel opportunities, greater service options, and enhanced competition, thereby benefiting travelers and consumers” in Norway, the US and Europe.

Norse is seeking to avoid the union objections that Norwegian Air Shuttle faced and has vowed to act in accordance with all applicable labor laws. As part of this effort the startup has already forged agreements with two major labor unions.

In May, the Association of Flight Attendants approved a pre-hire deal for a minimum of US-based flight attendant jobs, and earlier this month an agreement was reached with the British Airline Pilots Association (BALPA).

Norse’s initial network strategy is similar to that previously employed by Norwegian prior to its exit from the transatlantic market. From Oslo, the airline is targeting three big leisure destinations with large catchment areas—New York, Los Angeles and South Florida—but opting to fly to lower cost airports.

Should Norse launch the three routes as proposed, the latest OAG data shows that indirect competition will be provided by SAS Scandinavian Airlines, which serves Newark Liberty (EWR) from Oslo and plans to add Miami (MIA) to its schedule in November.

After launching from Oslo, Norse intends to add transatlantic service from other points in Europe, with London and Paris thought to be targets. Speaking to ATW on Sept. 23, CEO Bjorn Tore Larsen said London Heathrow (LHR) was unlikely but talks were ongoing with other London airports.

“This is a very challenging business, and it is too easy to lose money, but I think there has never been a better time to launch because we got the airplanes at very attractive terms and we got that at absolutely the low point in the market,” he said.