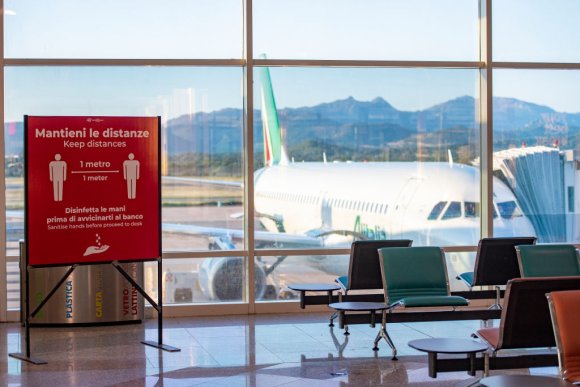 The government of Sardinia said subsidized air services from the island to Rome Fiumicino (FCO) and Milan Linate (LIN) will continue after Alitalia, which currently operates the routes, ceases to exist on Oct. 15.

The Italian flag-carrier is being replaced by a successor, Italia Trasporto Aereo (ITA), after several attempts to save debt-ridden Alitalia failed.

Italy’s minister of sustainable infrastructures and mobility, Enrico Giovannini, signed a decree ensuring that Public Service Obligation (PSO) routes—somewhat similar to the US Essential Air Service program—will continue from the Sardinian airports of Alghero (AHO), Cagliari (CAG) and Olbia (OLB) to FCO and LIN after Oct. 15.

A government statement said that the European Commission had given its “substantial agreement” to the continuation of the PSO services. The initial agreement will enable ITA to fly the routes for seven months. That will be followed by a two-year agreement to fly the routes, which could be operated by a carrier other than ITA.