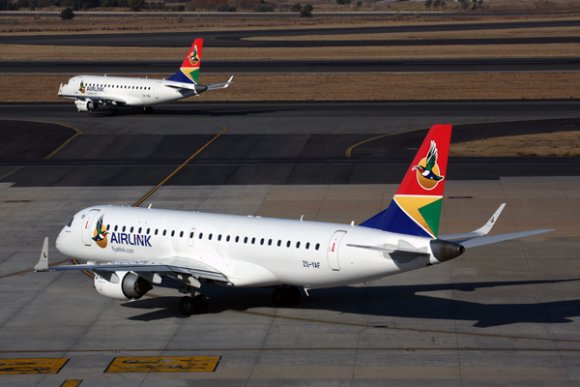 United Airlines is forming a codeshare partnership with Johannesburg-based Airlink that will offer one-stop connections from the city to more than 40 destinations in Southern Africa.

The agreement, which is subject to government approval, will be in addition to United’s existing tie-up with struggling Star Alliance member South African Airways.

United VP of network and alliances Patrick Quayle said the new codeshare with Airlink demonstrated the carrier’s “commitment to Africa.”

In addition, flights between Washington and Lagos (LOS) in Nigeria will begin on Nov. 29, subject to government approval, while Newark-Cape Town (CPT) in South Africa will resume on Dec. 1.

Airlink CEO and MD Rodger Foster said North America is an important source market for its destinations. “Similarly, the codeshare means that our customers in the 12 African countries we currently serve will have fast and seamless access to all of United's network,” he added.

The codeshare is the second Airlink has signed in as many months after forging an agreement with Emirates in August.