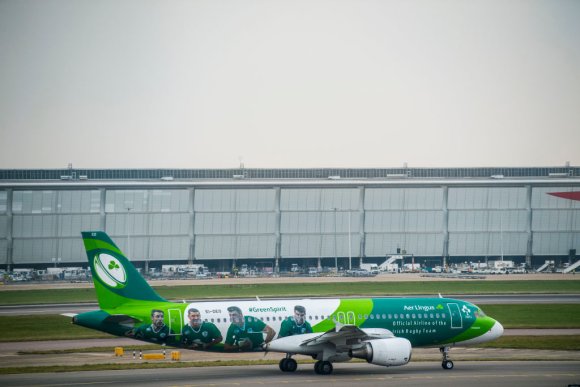 From Oct. 31, the carrier will boost its Manchester-Belfast schedule from once to twice daily. London Heathrow will gain a further two services, bringing it to the full pre-pandemic schedule of 21 flights per week. Edinburgh-Belfast flights will also rise from daily services to 11X-weekly over the winter.

“This is a really strong schedule from Aer Lingus that will serve passengers extremely well throughout the winter months as they resume business travel and embark on more non-essential leisure trips,” Belfast City commercial director Katy Best said.

Aer Lingus mainline took over the Edinburgh and Manchester routes in June following the collapse of Stobart Air, which operated flights in the UK and Ireland as Aer Lingus Regional.

From Nov. 3, Aer Lingus said that Belfast-to-Manchester flight EI302 would connect with the carrier’s new service from Manchester to Barbados (BGI), which will operate three times per week on Wednesdays, Fridays and Sundays through April 2022.