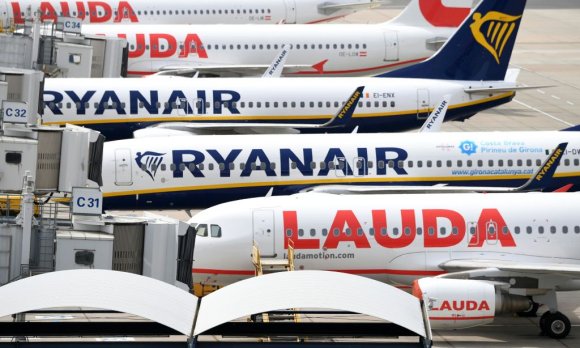 Ryanair Group plans to operate nine new routes from Vienna (VIE) in the summer 2022 season with five additional aircraft based at the airport.

The number of aircraft Ryanair Group will have based at VIE will increase from 14 to 19 for the next summer season. The 19 aircraft will be a mix of Ryanair Group's Austria-based subsidiary Lauda's Airbus A320s and Ryanair 737-800 and 737-8200 aircraft.

“This winter Ryanair takes delivery of 55 new Boeing 737 MAX 8200 ‘gamechanger’ aircraft and we are delighted to announce that five new aircraft will be based in Vienna operated by Ryanair Group airlines," Ryanair Group CEO Michael O´Leary said in Vienna.

The new destinations to which Ryanair Group airlines will operate to from VIE are: Amman (AMM) in Jordan; Kosice (KSC) in Slovakia; Lamezia Terme (SUF), Rimini (RMI), Perugia (PEG) and Venice (VCE) in Italy; Manchester (MAN) in England; Pula (PUY) in Croatia; and Stockholm Arlanda (ARN).

The latest announcement will intensify the battle between Ryanair and Eastern European ULCC Wizz Air, which has also directed resources toward Vienna and has multiple Airbus A320 aircraft based there.

“We have so much money invested in Vienna. That's why we have no plans to move away [from Vienna]," Lauda and Malta Air CEO David O´Brien told the Aviation Week Network in a recent interview.

“As other airlines in Vienna cut routes and flights, Ryanair is investing a further $500 million to rebuild Vienna’s traffic and will create 200 new jobs for pilots, cabin crew and engineers," O´Leary said. "The carrier targets to transport 5.5 million passengers next year from the Austrian capital."