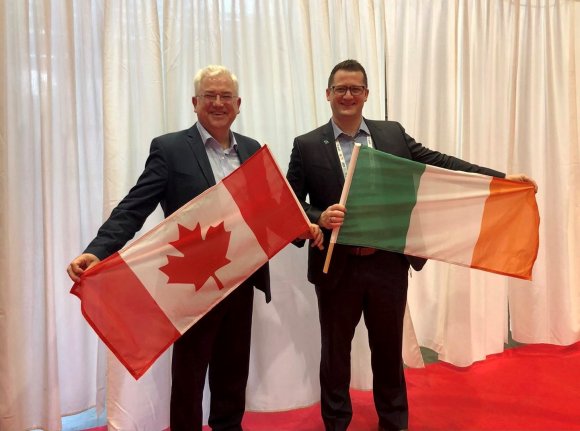 The route launch is part of WestJet’s attempt to rebuild its traffic after about 90% of its capacity had to be cut during the COVID-19 crisis as Canada implemented strict border controls. “Right now we're trying to replicate 12 years of growth in less than six months,” outgoing WestJet CEO Ed Sims told a recent CAPA Live event. He added: “That's extremely difficult while we are trying to make sure that we maintain WestJet’s reputation as the lower cost national and international carrier [in Canada], and we maintain a double-digit [cost] chasm advantage over our competitor [Air Canada].”

Speaking of the YYZ-DUB route, WestJet chief commercial officer John Weatherill said:  "As we continue to focus on expanding our network from our Toronto hub, where we offer 33 international destinations, these flights will further strengthen business and leisure ties between Canada and Ireland and will increase connectivity between two key markets."

Toronto Airports Authority COO Craig Bradbrook added: "WestJet's new route is a welcome addition that will offer greater connectivity and provide even more opportunity for travel between Toronto and Dublin.”

DUB MD Vincent Harrison noted that the YYZ-DUB route will “complement the existing [WestJet] Halifax [YHZ] and Calgary [YYC] services [to DUB]. This news is exciting for business and tourism at both ends of the route as it connects Toronto, as the capital of the province of Ontario, with Ireland's capital city, Dublin. It's a welcome boost to transatlantic connectivity and great to see another Canadian destination added to our growing Dublin Airport network and to witness the further expansion of WestJet's operation here in Ireland.”