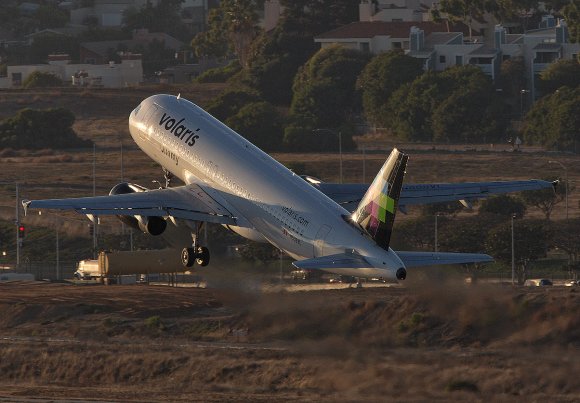 Volaris’ new El Salvador unit is seeking approval to launch flights to the US, targeting routes to Los Angeles, New York and Washington.

The carrier, which began commercial operations in September, has applied to the US Transportation Department (DOT) for a foreign carrier permit and exemption. It hopes to start nonstop service between El Salvador and the US from March 2022.

Volaris Costa Rica currently serves all three US destinations from San José (SJO), with each operating via San Salvador.

“Granting Volaris El Salvador authority to operate scheduled and charter service to, from and beyond the US is in the public interest,” Volaris said.

“The service is clearly authorized under the US-El Salvador Open Skies Agreement. In addition, Volaris El Salvador will be the only ULCC Salvadoran air carrier providing expanded price and service options for travelers between the US and El Salvador.”

Mexican ULCC Volaris set up the El Salvador subsidiary in 2018 and received its air operator’s certificate in August 2021. The company said the launch formed part of a strategy to broaden its ULCC model in Central America by offering low fares and point-to-point services in the region.