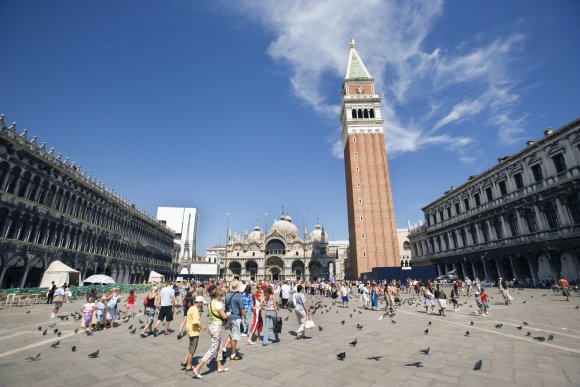 European LCCs Ryanair and Wizz Air will both open bases at Venice Marco Polo Airport (VCE), basing a combined five aircraft at the airport to support of a host of new routes.

All routes will be operated at least 2X-weekly.

“As Ryanair takes delivery of 55 new [737 MAX 8200] aircraft this winter, we are delighted to announce that three of these will be based in Venice Marco Polo for Summer 2022, which represents a $300 million investment in Venice Marco Polo Airport,” Ryanair director of commercial Jason McGuinness said. “These new aircraft will deliver a total of 24 destinations, including 18 new connections and 100 new jobs in an environmentally sustainable manner.”

He added that the Italian Government should “scrap the municipal tax for all Italian airports, which is damaging the competitiveness of Italian airports versus their European counterparts. The axing of this tax would facilitate a rapid recovery in Italian air traffic and jobs thanks to Ryanair’s low fares and long-term growth plan.”

Wizz Air Group president Robert Carey President added: “This is another important milestone for Wizz as well as for our passengers in the region. With our 16 new services to nine countries, which builds on our existing 10 services to seven countries, we are demonstrating our continued commitment to Italy as we grow both our domestic and international Italian network.”