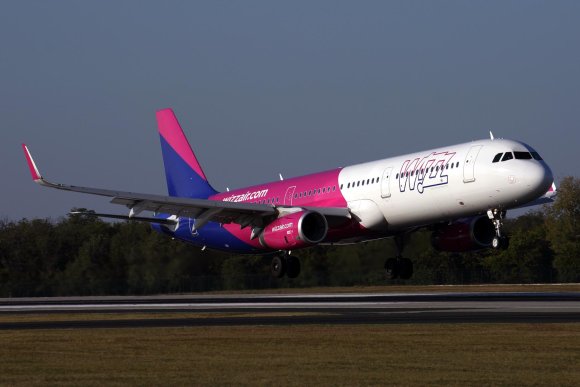 Wizz Air reacted swiftly to the news of a European Union (EU)-Ukraine open-skies accord, saying it will place an additional Airbus A321neo in Kyiv (IEV) and from summer 2022 onwards will have eight aircraft based at the airport.

Meanwhile, Wizz Air will increase the number of aircraft based at the Ukrainian city of Lviv (LWO) from one A321 to three during summer 2022. Nine new routes will be offered, including Athens (ATH), BCN, BVA, CRL, EIN, MAD, NCE, Thessaloniki (SKG) in Greece and Treviso (TSF) in Italy.

From the port city of Odessa (ODS) on the Black Sea new routes are scheduled to ATH, London Luton (LTN) and Pardubice (PED) in the Czech Republic. Kharkiv (HRK) will also see new routes to SKG and PED.

In addition, frequencies on 25 existing routes to and from Ukraine will be increased.

The EU and Ukraine reached an agreement Oct. 12 on a common aviation area after 15 years of negotiations. An open-skies treaty between the parties was signed in Kyiv, according to the Ukrainian presidential press service. Every EU member state will need to approve the pact for it to come into force.

Wizz Air said the expansion plans will allow the carrier to grow 120% in the country in summer 2022. The ULCC will add 288 new local employees to support the move. Wizz Air’s total capacity from the country will be 1.4 million seats per year across 117 routes to 21 countries from six Ukrainian airports.

Wizz Air launched Ukraine operations in 2008, but the market has been not always been a success for the airline. Wizz Air Ukraine, the IEV-based Ukrainian division of the company, ceased operations in April 2015.