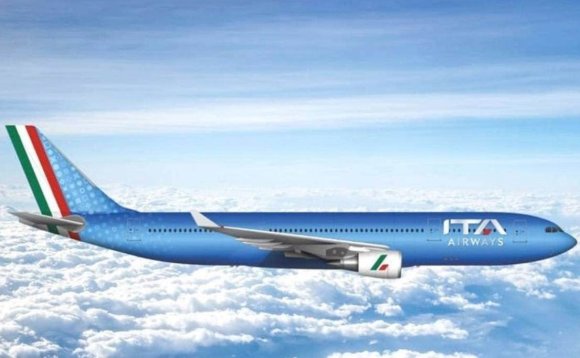 Italy’s new national airline ITA Airways has laid out its network ambitions, saying it hopes to be flying to 74 destinations across 89 routes by 2025.

The airline, which officially launched on Oct. 15 after bankrupt flag-carrier Alitalia operated its final flights the previous evening, will initially serve 44 destinations and 59 routes this year. Its network will then increase to 58 destinations and 74 routes in 2022.

As well as the scheduled service, ITA will also perform charter flights—the first of which carried soccer players from Inter Milan between Milan Malpensa (MXP) and Rome Fiumicino (FCO) for their match with Lazio on Saturday.

“For every end there is always a new beginning,” ITA CEO Fabio Lazzerini said. “This is just the first step in an ambitious project: the creation of the new flagship airline that will connect our country to the world and represent it through the work of the women and men who are and will be part of it.”

According to data provided by OAG Schedules Analyser, ITA is this week serving 35 destinations—16 of which are domestic and 19 are international. A total of 22 domestic and 26 international routes are operating.

Of the 233,000 weekly departure seats available, 29.1% are from the carrier’s main Fiumicino hub, while 27.4% are from Milan Linate (LIN). Catania (CTA) is the third-largest destination, accounting for 5.6% of departure seats.

Looking at ITA’s inaugural network, the top 10 routes by capacity are all domestic services, the largest of which is FCO-LIN. The airline’s biggest international route by capacity is Linate-Paris Orly (ORY).

When compared with Alitalia’s operations during the same week in 2019, ITA’s total capacity is down by 54%. At that time, Alitalia served 73 destinations and 111 routes.

In addition, the airline said it hopes to form partnerships with other carriers over the coming months and join an alliance. Alitalia was a SkyTeam member, but chairman Alfredo Altavilla said he remains open to joining other alliances.