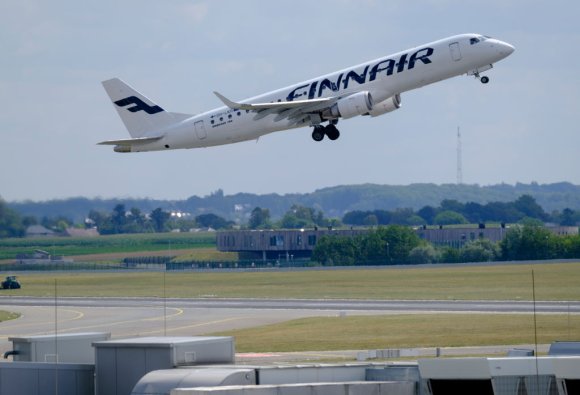 Before COVID, Finnair was posting double-digit revenue and capacity growth, hitting an all-time high of 15 million passengers in in 2019.

“We were well positioned for sustainable profitable growth at that time, and then the pandemic hit,” Finnair CEO Topi Manner said. “Many of the tools that previously were very optimal have been made redundant, for example, our demand-forecasting models.”

The gradual travel recovery is now underway, but Manner said the Finnish government has been prudent in reopening travel—even slower than the UK.

“That is, of course, a big hold-back for us. Our network is tilted toward long haul and tilted toward Asia. We all know that travel restrictions in Asia will be slower to be lifted than in many of the other parts of the world,” he said.

Finnair has therefore been looking to the west.

“If we look at the immediate term, we are looking for possibilities to redeploy the capacity, temporarily, for example, to North America, while we’re waiting for Asia to come back,” Manner said.

In 2020, Finnair delayed the delivery of its three remaining Airbus A350s for approximately two years. Manner said these aircraft could ultimately be used to retain some of the US capacity, even after Asia recovers.

“When Norwegian, one of our neighbours, basically let go of their long-haul fleet, there was a bit of room in the Stockholm Arlanda market, and we decided to tap into that potential,” Manner said.

In the longer term, Asia will remain a focus market for Finnair, tapping its geographic location.

“We are fully committed to our strategy of connecting Europe and Asia, via the short northern route,” Manner said.

“We think we have a sustainable competitive advantage. Also, taking a longer-term perspective, we think that Asian markets are very attractive in many ways. The world population is there. Asian countries, especially the developed ones, have been coping well with the pandemic.

“And there will be new mega cities that will be interesting markets for Finnair to serve going forward. So, we are committed to that strategy.”

This autumn, Finnair will fly from Helsinki to Bangkok, Hong Kong (HKG), Tokyo, Seoul (ICN), Shanghai (PVG), Phuket and Singapore (SIN), with Osaka (ITM) and Dubai (DBX) returning in October and Nagoya (NGO) set to resume in February. Finnair previously connected 19 cities in Asia with more than 100 destinations in Europe.

However, load factors are perhaps more telling than the number of destinations served. In August, Finnair’s Asian load factor was just 19.7%, while its North Atlantic flights operated at 28.3% of capacity. European load factors, by comparison, hit 63% and domestic flights were 71.6% full.

As of September 2021, Finnair was operating around 40% of its 2019 available seat kilometers, and this capacity is heavily tilted toward short haul.

“When we look at our winter program, then the ASKs will be approximately two-thirds. That is the plan,” Manner said.