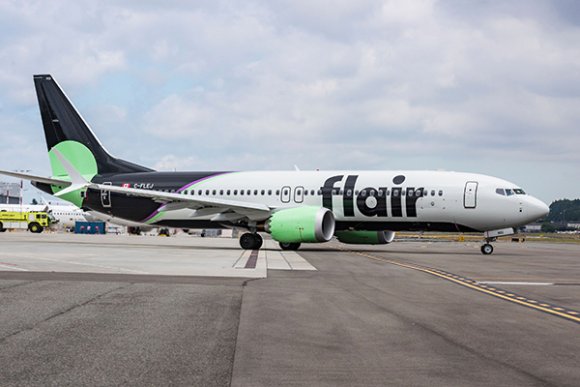 Canadian ULCC Flair Airlines will add two more aircraft to its Toronto Pearson (YYZ) base in the spring of 2022, bringing its based aircraft at the airport to five and allowing it to add new routes to the US.

In addition, Flair in April and May 2022 will add an aircraft to its Edmonton (YEG) base, bringing the total to two, and add a third aircraft to its Vancouver (YVR) base. All of the new aircraft will be Boeing 737 MAXs.

Flair said it will serve a total of 28 destinations by the 2022 spring, up from 24 served this fall.

From Toronto, the carrier will add service to US destinations Denver (DEN), Nashville (BNA) and San Francisco (SFO) and Canadian destination Comox (YQQ).

“This latest announcement will mean new options out of YVR to popular destinations [in British Columbia’s] interior and south of the border,” Vancouver Airport Authority air service development director Russell Atkinson said. “With more people being vaccinated and travel measures easing, we look forward to … increased service from Flair.”