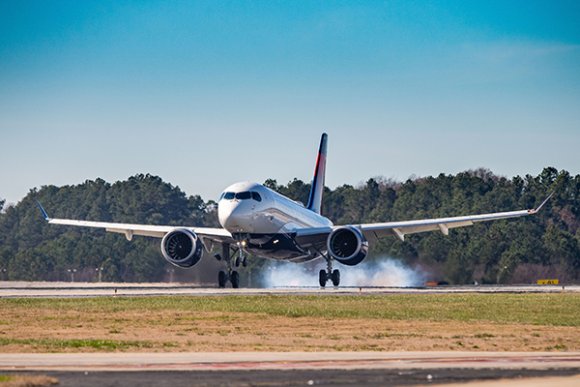 By November, the Atlanta-based carrier will have added more than 100 daily flights from New York Kennedy (JFK) and LaGuardia (LGA) airports compared to the airline’s summer 2021 schedule. That means approximately 8,000 additional seats offered daily from JFK and LGA.

“With domestic consumer travel back to 2019 levels, Delta is focused on restoring capacity safely and reliably as business travel picks up with volumes not seen since the pandemic began,” the airline said in a statement.

Delta sees the increase as preparing for a rebound in business travel and international flying next year. “We’re adding 25% more capacity this fall [at New York airports] to meet the significant demand for business and international travel going into next year,” Delta senior VP-network planning Joe Esposito said.

Markets that will see “meaningful boosts” in flights from JFK and LGA include Boston (BOS), Charlotte (CTL), Raleigh (RDU) in North Carolina and Washington National (DCA).

Delta noted that it recently launched flights from LGA to Toronto Pearson (YYZ) and will launch service between LGA and Worcester (ORH) in Massachusetts from Nov. 1.

“Delta will offer the most flights and seats of any carrier at JFK and LGA with 400 [combined] total daily departures to 92 domestic and international destinations,” the airline said.

Delta noted that it has added the Airbus A220 on routes from JFK and LGA to Chicago O’Hare (ORD), Dallas/Ft. Worth (DFW) and Houston Intercontinental (IAH).

Delta has previously said it is aiming to restore full pre-pandemic capacity by the second half of 2022.