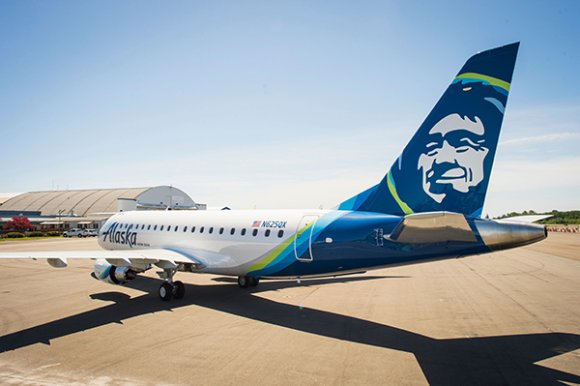 Alaska Airlines’ recovery from the COVID-19 pandemic, which was gaining strength in the early summer, “stalled” as the third quarter went on because of the Delta variant, according to CFO Shane Tackett.

Nevertheless, the Seattle-based carrier is seeing renewed momentum this fall and is holding to a target of restoring 2019 levels of capacity by the 2022 summer. “Pent up leisure demand” is bringing passengers “back to the sky,” CEO Ben Minicucci told analysts and reporters, adding: “We’ll reach our pre-COVID size no later than next summer and then grow from there.”

He conceded the recovery will continue to be “choppy.”

Alaska CCO Andrew Harrison noted the carrier reported a load factor of 88% in July, before the full impact of the Delta variant of COVID-19 hit. “The consequences of the Delta variant have not dissipated,” he said, acknowledging the fourth quarter will not be as robust as it appeared it could be early in the 2021 summer. Third-quarter load factor ended up at 80% after declining through August and September.

But Harrison outlined the airline’s recovery efforts, which continue. He noted that the carrier has added 30 markets so far this year while just discontinuing three. “We’re operating 85% of the pre-COVID network with the Seattle (SEA) hub fully restored,” he said.

He acknowledged the recovery in California, where Alaska has a particularly strong presence in Los Angeles (LAX) and San Francisco (SFO) “remains slower,” with the carrier operating just 65% of its pre-pandemic capacity at California airports in the third quarter.

“We expect California to be back to pre-COVID [capacity] levels by next summer,” he said.

“You’re going to see a little more leisure flying out of Los Angeles” than before the pandemic, Harrison predicted.

He added that the airline will continue to grow secondary markets even as it focuses on its main hubs.

“While we are focused on Seattle, Portland, Los Angeles and San Francisco, the Boises and the other secondary markets remain important and will continue to grow,” Harrison said. The carrier this week announced two new routes from Boise (BOI), including flights to Las Vegas (LAS).

“We feel really good about our network mix,” Harrison said.

Minicucci said the value of Alaska joining the oneworld alliance earlier this year is “not totally unlocked because of COVID-19.” Harrison noted that Alaska, which has no long-haul international presence on its own, has added 195 incremental codeshare routes with oneworld partners.

Alaska’s executives were speaking to analysts and reporters on Oct. 21 to discuss the company’s third quarter results, which included a $194 million net profit, reversed from a $431 million net deficit in the 2020 third quarter.